5 dances to help you groove the Seychelles way 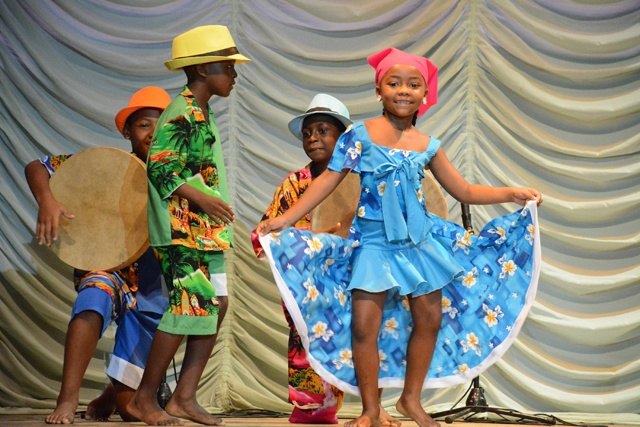 (Seychelles News Agency) - Sega. Moutya. Kamtole. They're our version of the whip and nae nae, gangnam style or the moonwalk.

Whether performed on a nightclub dance floor or a beachside wedding, the jives and jiggies of the island nation of Seychelles show the diverse cultures that make up the people of this archipelago.

With a mix of European, Asian and African cultures, the Seychellois dances incorporate the influences from around the world.

“I remember my mother renting a ‘grann kaz’ at Beau Vallon for the dance called ‘bal’ in Creole. The partitions were moved making space for the dance,” says Freminot.

Although the tempo and instruments used have evolved over the years, the nuances are still very much alive and popularised today in the Creole Festival scheduled every year in the last week of October.  The next big event, Workers Moutya, is scheduled for May 1 at Anse Royale on the south coast of the main island Mahe.

The dances are not simply for fun but are also used to portray feelings albeit more so in the past than today.

Are you up to dancing the Seychellois way? Here are some dances you can groove, shake, and waltz in the islands.

This is a must-have at all parties and it is now well known among the young. It’s a dance where one foot stays firmly rooted to the floor, the other one on tiptoe while the rest of the body moves. Any places where there are gatherings you will not be able to miss this one.

The songs are said to be prayers that the early slaves adapted into work chants hence its ban by the colonial authorities.

This is one we inherited from France and is a bit like a ballroom set of dances. It includes various styles of dances bringing memories of the royal court of Louis X1V.

It includes a series of dances as well as the ‘kontredans’ where a group of dancers performed to the command of a singer called ‘komander.’ It's not surprising that the commands are in Creole and French.

“Kamtole was structured and followed a series of very specific dances. It started with waltz (valz), jazz and dances like berlin, kosez were done in the early morning when people were getting tired,” says Freminot.

The Sokwe and the Tinge

Both are not so well known today as the others and originate from Africa.

In Sokwe, dancers are dressed in banana tree leaves and follow the movements of the principal sokwe dancer while in Tinge men performs with women clapping hands.

These dances can only be seen during traditional dances activities.