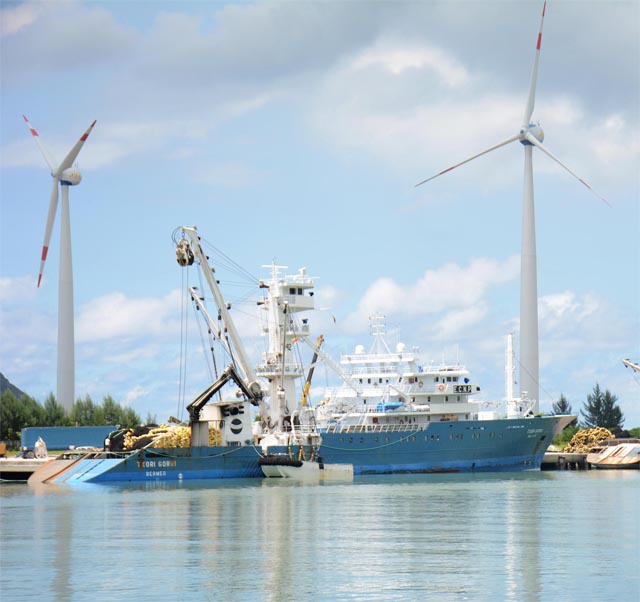 (Seychelles News Agency) - The Seychelles' authorities are investigating the deaths of two security officers in what a preliminary report indicated could be a murder-suicide onboard a Spanish fishing vessel, the police said Saturday.

The vessel, Txori Gorri, arrived in Port Victoria shortly after 7am on Saturday with the bodies of the two men, aged 40 and 41, the police said.

“Post-mortem on the two officers are expected to be carried out early next week,” police spokesman Jean Toussaint said in a statement.

A representative of Hunt Deltel, the Seychelles-based handling agent of the Spanish fishing vessel, had alerted the police about the incident shortly after 7pm on Friday.

“Following initial investigation it has been reported by the captain that he was informed about a security shooting one of his colleagues at around 4pm yesterday [Friday] and after that the suspect took his own life,” reads the police statement.

SNA could not obtain official confirmation of the boat’s location when the incident occurred. However, an online maritime portal OCEANUSLive is reporting that Txori Gorri, was “fishing off the coast of Madagascar, about 90 miles from Port Victoria” when a discussion broke out between the two security guards.

The Seychelles' police has confirmed that Txori Gorri was on its way to Seychelles, a 115-island archipelago in the western Indian Ocean. It was due to arrive in Port Victoria on Monday April 11.

The Spanish fishing vessel with 33 crew members including its Captain had left the neighbouring Indian Ocean island, Madagascar on March 18.