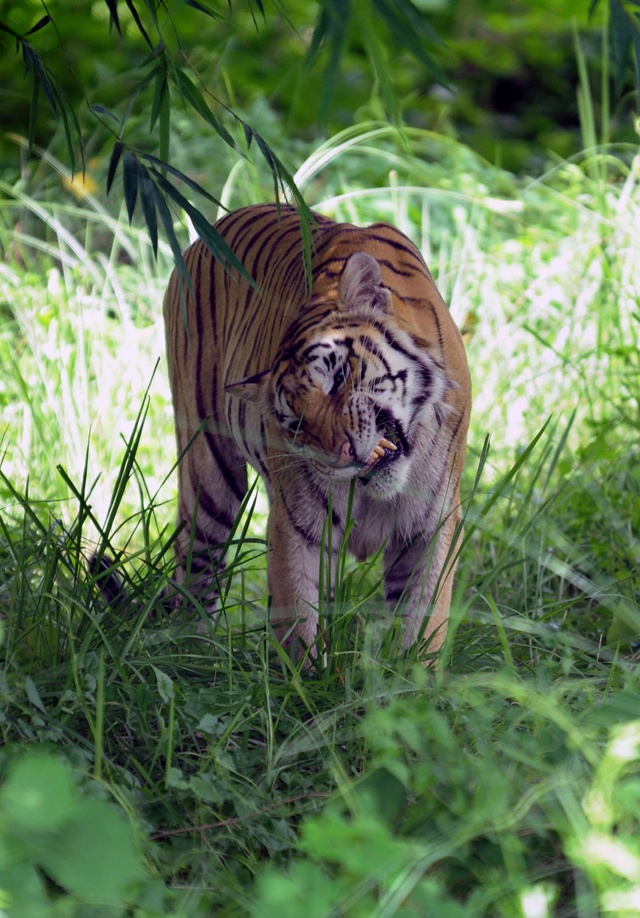 (AFP) - The number of wild tigers across the globe has increased for the first time in a century thanks to improved conservation efforts, wildlife groups said on Monday.

Data compiled by the WWF and the Global Tiger Forum show that the global population of wild tigers has risen to an estimated 3,890 from an all-time low of 3,200 in 2010.

"For the first time after decades of constant decline, tiger numbers are on the rise," Marco Lambertini, Director General of WWF International, said in a statement released on Monday.

This is the first time the count of these endangered cats has gone up since 1900, when there were 100,000 tigers.

India is home to more than half of the world's tiger population with some 2,226 tigers roaming its reserves across 18 states, according to the last count in 2014.

However, experts cautioned that the numbers may be partly down to improved data gathering, with the inclusion of new sample areas and upgraded survey techniques as well as enhanced protection efforts.

Bangladesh registered a severe decline from 440 tigers in 2010 to 106 in 2015, though conservationists say this may have been due to an over-estimation of the population six years ago.

There has been a rapid fall in Indonesia because of heavy forest destruction to meet a growing global demand for palm oil, pulp and paper.

Cambodia is mulling the idea of reintroducing tigers after declaring them functionally extinct last week following no evidence of the big cats since 2007.

Deforestation, encroachment of habitat and poaching have devastated tiger numbers across Asia.

Poachers often sell tiger body parts to the lucrative traditional Chinese medicine market, as well as other man-made problems such as habitat loss.

Monday's global census was released a day before a three-day meeting of ministers from these countries in New Delhi to discuss conservation efforts.