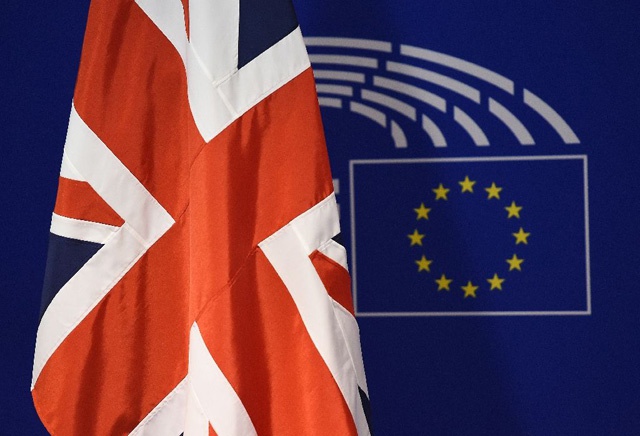 The Fund cut its global forecast for the third straight quarter, saying economic activity has been "too slow for too long," and called for immediate action by the world's economic powers to shore up growth.

It said intensifying financial and political risks around the world, from volatile financial markets to the Syria conflict to global warming, had left the economy "increasingly fragile" and vulnerable to a turn toward recession.

It said it was concerned over "fraying" unity in the European Union under pressure from the migration crisis and the "Brexit" possibility.

And it pointed to the contractions in a number of large emerging market economies, most notably Brazil, where the economic downturn has been accompanied by deep political crisis that has President Dilma Rousseff facing impeachment.

Seeing a fall in global trade and investment, the IMF cut its forecast for world growth this year to a sluggish 3.2 percent, 0.2 percentage points down from its January outlook and down from the 3.8 percent pace expected last July.

That reflects a glummer view of growth in both developed and emerging economies, with the forecasts for Japan, Russia, and Nigeria all pared back sharply.

Most leading economies saw their growth projections cut back by 0.2 percentage points. The outlook for the United States -- hit by the impact of the strong dollar -- was trimmed to 2.4 percent this year, from 2.6 percent in January.

Only the pictures in China and developing eastern Europe were better. But at a slightly upgraded pace of 6.5 percent growth, China was still on track for a significant slowdown from last year which has sparked steep falls in global commodity prices, battering exporters.

And the IMF sees the slowdown continuing into 2017, when China is expected to grow at a 5.2 percent pace.

The IMF singled out the violent swings in global financial markets as a particular threat to growth this year.

The result, he said, is capital flight from riskier assets and economies, higher borrowing costs for developing countries, and continued weakness in commodity prices.

"There is a risk that further bouts of volatility feed through to the broader economy," he said, with more strains on vulnerable countries.

The second factor with global consequences, the Fund said, is the violent instability in Syria and elsewhere that has driven millions of refugees into surrounding states and into Europe.

The burden from the flood of migrants into Europe and the persistence of weak growth and high joblessness in the region have fueled "a rising tide of inward-looking nationalism."

That, it added, is manifest in the looming Brexit referendum which, if British voters opt to leave the EU, the IMF said "could do severe regional and global damage by disrupting established trading relationships."

"Across Europe, the political consensus that once propelled the European project is fraying," the IMF said, warning "a backlash against cross-border economic integration threatens to halt or even reverse the postwar trend of ever more open trade."

Obstfeld warned that if not addressed, the looming risks could take the world economy in the direction of recession.

"The weaker is growth, the greater the chance that the preceding risks, if some materialize, pull the world economy below stalling speed," he said.

He said countries need "an immediate, proactive response" to ensure the slowdown does not worsen.

"Policymakers should not ignore the need to prepare for possible adverse outcomes."

The IMF encouraged governments to invest where they can to support growth, for instance in infrastructure and in research and development.

In addition, tax reforms and other structural approaches can pay off in terms of greater investment, job creation and demand creation, the IMF stressed.