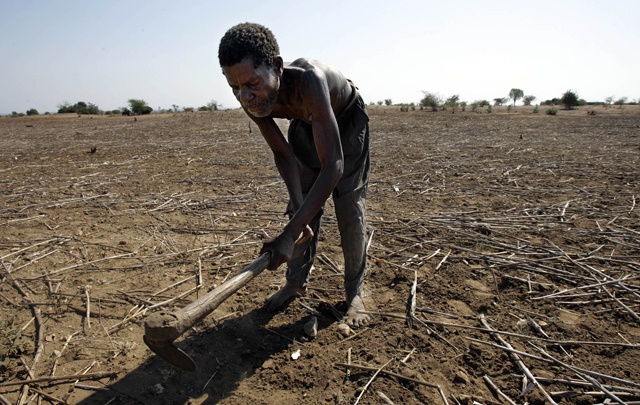 (AFP) - Malawian President Peter Mutharika on Wednesday declared a state of national disaster due to food shortages caused by drought, in the latest sign of alarm over a hunger crisis across southern Africa.

Zimbabwe, Malawi, Mozambique and Zambia are all suffering food supply problems, while South Africa declared the recent drought its worst in at least 100 years.

"I declare Malawi (in) a state of national disaster following prolonged dry spells during the 2015/16 agriculture season," Mutharika said in a statement.

"The projected drop in maize harvest is estimated at 12 percent from last year's output.

"More people will be food insecure and will require humanitarian relief assistance for the whole of the 2016/17 consumption year."

The World Food Programme said it was currently assisting nearly three million people in Malawi, with about 23 of 28 districts badly affected.

"The current drought situation in Malawi came on the back of a bad crop last year, due to flooding which affected parts of the country," WFP's southern Africa spokesman David Orr told AFP.

"The situation is quite dire and we believe the worst is still to come. It will take a long time before the situations improves. Any improvement in the next months would be negligible."

In February, the WFP warned that Malawi was facing its worst food insecurity for a decade. The country has recently suffered flash floods in the north as well as drought.

In neighbouring Zimbabwe, 2.8 million people -- more than a quarter of the rural population -- do not have enough to eat. The WFP is currently providing assistance for about 730,000 people.