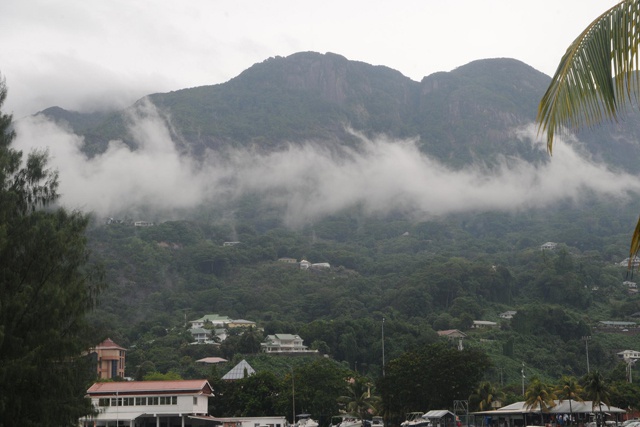 File Photo: The Seychelles Meteorological office says forecast shows that Fantala, a tropical cyclone formed in the region will be closest to Farquhar island on Monday April 18. (Joena Bonnelame)

(Seychelles News Agency) - The Seychelles Meteorological Office has issued a level 1 alert after the tropical cyclone "Fantala" formed in the Indian Ocean and moved towards the remote islands of Farquhar, Alphonse and Aldabra.

The three groups of outer islands of the Seychelles, a 115-island archipelago in the western Indian Ocean, are located further south of the main inhabited island, Mahé, with Aldabra being the furthest at some 1,100 kilometres away.

‘Fantala,’ the sixth tropical cyclone of the 2015-2016 season, is still quite a distance from Farquhar although the winds are blowing at a speed of more than 50km/h in the region.

Named by Madagascar, tropical cyclone ‘Fantala’ is currently moving in the westerly direction at a speed of 8 km/h.

The Seychelles Meteorological office says the forecast indicates that the cyclone will gain strength in the coming days and will start moving in the north-westerly direction by Sunday April 17.

"The cyclone will intensify on April 17 and the wind speed will even reach 200km/h,” Meteorologist Gerard Bijoux said to SNA on Friday.

The Seychelles Meteorological office is planning to raise its alert to a level 2 by Friday evening or latest Saturday morning as the wind speed is expected to reach about 100km/h.

"We expect that on April 18 Fantala will be closest to Farquhar at about 200 kilometres away and then it will change path," said Bijoux.

In view of the weather predictions, the Islands Development Company (IDC), a parastatal company which manages some of the outer islands of the archipelago has decided to reduce the number of its employees on Farquhar.

In a statement sent to the media on Thursday, IDC said that a first group was flown out Thursday afternoon and a flight carrying a second group of workers was planned for Friday.

“A small contingent of IDC workers will remain on Farquhar to monitor the situation and to look after our essential services,” reads the IDC statement adding that the workers staying on Farquhar will be housed in the cyclone-proof facility.

IDC built the facility following the passage of cyclone ‘Bondo’ over Farquhar nearly 10 years ago, in December 2006.

The company says it is monitoring the situation in collaboration with other agencies concerned including the Meteorological Services and the Department of Risks and Disaster Management.

IDC says it will take appropriate measures with regards to its employees on the other islands of Astove and Assumption should this become necessary.

Seychelles lies outside of the cyclonic belt, however the most southerly islands of the archipelago do experience strong winds at times.