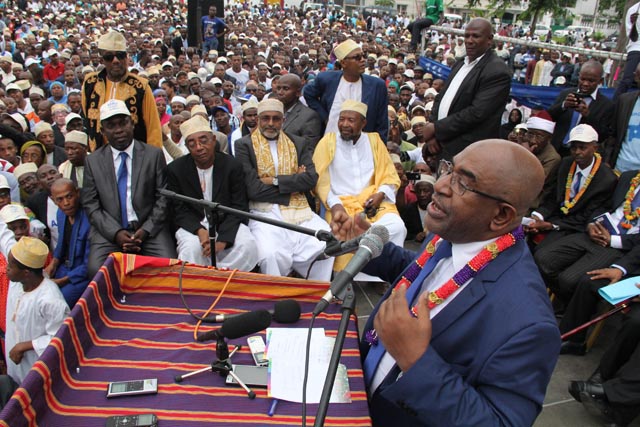 (AFP) - Former coup leader Azali Assoumani was narrowly elected president of the Comoros archipelago islands, according to official results released Friday, after a tense wait for ballots to be counted.

The islands, situated between Madagascar and Mozambique, have been plagued with coups and political instability, and the result could be disputed by losing candidates if allegations of fraud emerge.

The outcome from the second-round vote was announced two days after the expected date, with no immediate comment from the candidates.

Nineteen of the 25 candidates who contested the first-round vote demanded a recount over alleged fraud, but the Constitutional Court ruled against them, upholding the results.

Campaigning was marked by personal attacks and allegations of corruption between Mamadou and Assoumani, who was boosted by the support of the opposition Juwa party, which had no candidate in the second round.

The first-round vote took place only on Grand Comore island, in line with electoral rules to choose the president on a rotating basis from the three main islands.

Comoros' system was established in 2001 after more than 20 coups or attempted ones, four of which were successful, in the years following independence from France in 1975.

The three islands that make up the Comoros -- Anjouan, Grand Comore and Moheli -- have a population of just under 800,000 people, nearly all of whom are Sunni Muslims.

Assoumani takes over from outgoing President Ikililou Dhoinine, who completed his five-year term in office.