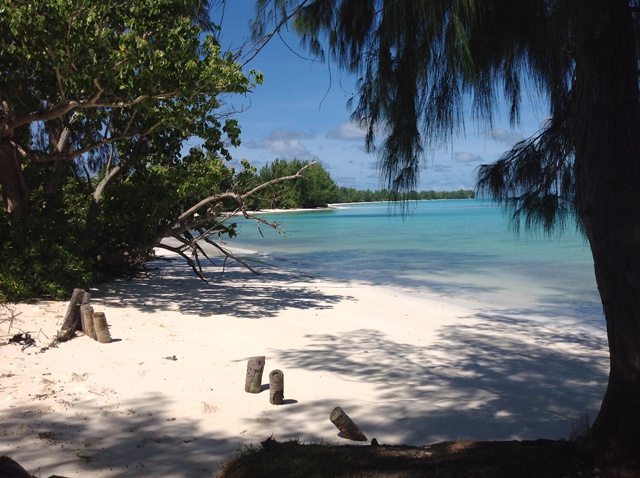 (Seychelles News Agency) - Visiting one of the outlying islands in the Seychelles archipelago may be a dream for many, but for eight Seychellois drug addicts, a move out to Coëtivy Island signals a very abrupt change to the lives they had previously been leading.

The eight young men travelled 290 kilometres south of the main island of Mahé on Monday to start a voluntary rehabilitation programme with a difference – this one doesn’t involve daily methadone doses. Instead, the government of Seychelles hopes that hard work, fresh air and plenty of exercise will be the key to turning the lives of Seychelles’ heroin addicts around.

According to a press statement from the Seychelles Ministry of Home Affairs and Transport, the volunteers have previously tried to kick the habit and failed, leading to the decision to join the volunteer programme and remove themselves from the temptations of modern life while they try to get clean and turn their lives around.

According to the ministry, the concept to do 'something more' was brought forward by Seychelles President James Michel.

The rehabilitation programme on Coëtivy, which is being run by the Seychelles Ministry of Home Affairs and Transport in partnership with the Ministry of Community Development, Social Affairs and Sports, provides a drug-free working environment with counselling support for the volunteers.

Addressing the first group of volunteers who departed for Coëtivy, Home Affairs and Transport, Minister Joël Morgan said, “You are here today because you realize that you have a drug problem.  You realize that your addiction is affecting not only your health but that of your family, your loved ones.  We appreciate that you have all attempted to break free from heroin use with past treatment options which for you have not worked."

“Today you have another opportunity to face this struggle together, supported by your parents who are gathered with us, supported by each other, and with our support, to see this through.  You are here because you no longer want to use heroin and this for you is a very important step in the recovery process.”

The volunteer programme is the second initiative aimed at getting a specific group of people to turn their lives around to be set up on Coetivy island, previously used for prawn farming.

The Ministry of Home Affairs and Transport opened a minimum-security ‘open prison’ facility on the Island, which is run by the parastatal company, the Seychelles Island Development Company (IDC), in August 2010 for inmates found guilty of minor offences such as theft.

According to the Ministry’s press statement, the volunteers in the drug rehabilitation programme will stay and work in a separate facility next to the open prison for a predetermined amount of time.

“The volunteers will have several weeks to adjust and under medical supervision, will participate in activities and other daily tasks that will be assigned to them,” reads the statement.

It is hoped that the rehabilitation programme will eventually cater for up to twenty volunteers, who will participate for an initial period of three months, followed by an evaluation period and extension of stay if deemed necessary.

In April last year it was reported that since August 2010 a total of 148 prisoners had been transferred to the Open prison programme, where a total of 36 prisoners completed their sentence and have been released. Some have been employed by the IDC. Only 2 prisoners have since re-offended in the last two and half years.

After several years of awareness campaigns and battling both the supply of the drugs and the treatment of those who demand it, in February this year, the National Drug Enforcement Agency (NDEA) said that it estimated the number of addicts to be 600 people.