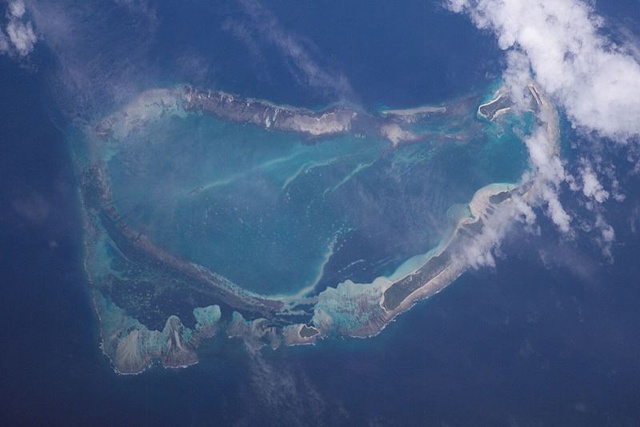 (Seychelles News Agency) - The Seychelles island Farquhar woke up to significant damages on Monday following the passing of the eye of a tropical cyclone, ‘Fantala,’ over the archipelago's outer island.

No injuries were reported despite the fact the cyclone brought winds of 330 to 345 km/h over Farquhar Sunday evening.

The Chief Executive of the Island Development Company (IDC) Glenny Savy told SNA that all infrastructure on the island suffered substantial damages except for cyclone-proof facilities.

These facilities with concrete roofs were built after the passage of cyclone ‘Bondo’ over the island in 2006.

"This time round the damages are greater than in 2006 when we experienced cyclone Bondo," said Savy.

“All [other] infrastructures have had their roofs blown away. Doors and windows are also broken and have been blown away while a few buildings have completely fallen to the ground,” said Savy, adding that many trees have also fallen.

The buildings that have been severely damaged include some guest houses, staff accommodation, and desalination facilities, among others.

‘Fantala’ is the sixth tropical cyclone of the 2015-2016 season in the Indian Ocean.

As a precautionary measure, IDC, a parastatal company which manages some of the outer islands of the archipelago, had reduced the number of its personnel on Farquhar since Thursday and Friday last week.

Only 15 employees out of the usual 30 or so people on Farquhar were on the island as Fantala made its passing over the island on Sunday. All were reported to be uninjured.

This is only the second time in 10 years that the island has been hit by a tropical cyclone.

Glenny Savy has said that it will take several days before IDC can fly a plane to Farquhar to take stock of the actual situation on the island and assess the damages.

"We are not expecting to be able to be on site before Thursday or Friday to really assess the situation," said Savy, adding that this will depend on whether the airport has suffered any structural damages.

According to the latest weather outlook issued by the Seychelles Meteorological office at 6pm Monday, Fantala is now 225km north-west of Farquhar, 185km east-north-east of Cosmoledo and 310km east of Aldabra.

“The system is still tracking slowly westwards and tomorrow it should re-curve to the south-east. On Friday the cyclone is expected to re-curve north-west near the northeast of Madagascar,” reads the outlook.

The presence of tropical cyclone Fantala is quite unusual as it was formed quite late during a remarkably calm cyclonic season due to El Nino effect.

Seychelles, a 115-island archipelago in the western Indian Ocean, lies outside of the cyclonic belt, however the most southerly islands of the archipelago do experience strong winds at times.