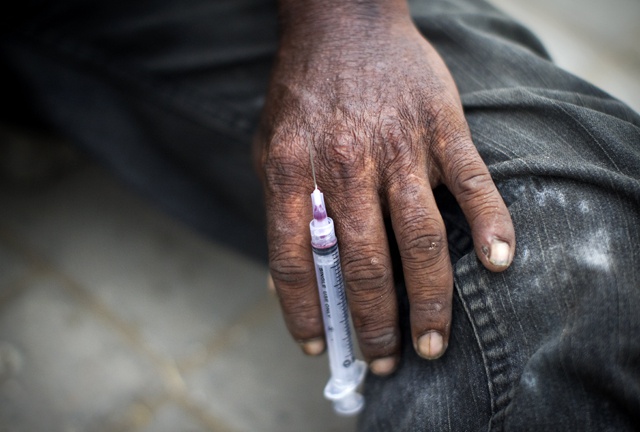 (AFP) - World governments at a UN meeting on the global drug problem were urged Tuesday to move away from repression, abolish the death penalty for drug offenses and step up treatment.

In the first such meeting in nearly 20 years, the UN General Assembly adopted a document that marks a shift away from the "war on drugs" launched in the 1970s, with its heavy-handed approach centered on law enforcement and criminalization.

"Drug policies that focus almost exclusively on the use of the criminal justice system need to be broadened. They need to be broadened by embracing a public health approach," said World Health Organization (WHO) director Margaret Chan, drawing applause.

The three-day special session was requested by Colombia, Mexico and Guatemala, which have felt the brunt of the war on drugs with an explosion of crime and violence.

Mexico's President Enrique Pena Nieto said the fight against drugs must be seen from a "human rights perspective" and warned that harsh penalties for drug use "create a vicious cycle of marginalization and crime."

Saying that his country had paid a "high price" for failed global drug policies, he also backed calls for decriminalizing marijuana use for medical and scientific purposes.

Delegates from the European Union, Switzerland, Brazil, Costa Rica and Uruguay, among others, called for abolishing capital punishment for convicted drug felons, a practice widely used by China, Iran and Indonesia.

Indonesia's delegate drew jeers when he declared that the use of the death penalty was a matter for individual states to decide, in a statement backed by Singapore, Saudi Arabia, China, Iran and Pakistan, among other countries.

The document adopted at the session makes no reference to the death penalty but calls on government to "promote proportionate national sentencing policies... whereby the severity of penalties is proportionate to the gravity of offenses."

Pakistan said it was gravely concerned by the trend toward legalizing the use of marijuana and other drugs.

Uruguay became the first county to fully legalize marijuana in 2013 and Canada is among countries looking at a similar measure.

"This would give a fillip to drug demand, thus igniting the supply chain having direct fallouts on our region," Pakistan's Interior Minister Chaudhry Nisar Ali Khan warned.

"We have dreamed of a drug-free society rather than a drug-tolerant society," he said.

Some 27 million people worldwide are living with drug-use disorders, and more than 400,000 of them die each year, according to the WHO.

Drug use by injection accounts for 30 percent of new HIV infections outside Africa and contributes to epidemics of hepatitis B and C in all regions.

The WHO's Chan singled out Hong Kong as a success story, saying methadone treatment for drug users had been key to reducing petty crime.

"People with drug dependence can be helped and returned to productive use in society," she said.

Ethan Nadelmann, who heads the Drug Policy Alliance, which is pushing for reform, said the UN text was a "notable improvement" but still "quite limited and disappointing."

"Those in favor of maintaining the status quo, notably the Russians and their allies, won the bigger battles in the negotiations leading up to this week's meeting," he said.

Last week, the former presidents of Mexico, Colombia and Nigeria joined celebrities Sting and Michael Douglas along with businessman Warren Buffett to call for an end to the "disastrous" war on drugs.

"Humankind cannot afford a 21st-century drug policy as ineffective and counterproductive as the last century’s," the letter to UN Secretary-General Ban Ki-moon said. "A new global response to drugs is needed, grounded in science, compassion, health and human rights."