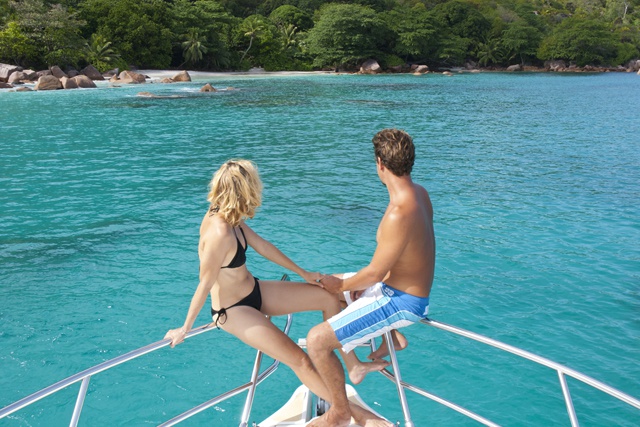 The Seychelles Tourism Board (STB) says the increase in visitor arrival for the first quarter of 2016 is an indication that the marketing strategy is working.

The Seychelles’ National Bureau of Statistics January to March report shows an increase of 11 percent in tourism arrivals compared to the same period a year ago.

STB’s Chief Executive Sherin Naiken told SNA on Wednesday that: “Our promotional activities are working because we are getting the support of our partners, which include airlines, hotels, and tour operators.”

However, Sybille Cardon, chair of Seychelles Hospitality and Tourism Association, said the increase does not mean more revenue for the tourism sector, the top pillar of Seychelles’ economy.

“Whatever revenue is collected in the sector is used to cover our increased operational costs,” Cardon told SNA, adding that: “Visitors were not necessarily spending that much on local services during their stay because these services were at times costly.”

Cardon said the country needed to find ways to cut down on operational costs to ensure the trade benefits from an arrival influx.

Cardon did say more visitors show that Seychelles remains an ideal destination for many.

Over 73,000 tourists visited Seychelles, a group of 115 islands in the western Indian Ocean, between January and March, compared to nearly 66, 000 over the same period in 2015.

Naiken said STB, through its partners, ensures the destination remains visible through numerous radio and television programmes at internationally.

She said the introduction of Air Seychelles’ direct flights to Paris and Beijing also helped to increase the number of visitor arrivals.

“We acknowledge the frequencies of direct flights to Paris and Beijing immensely contributed to increasing our tourist arrivals,” said Naiken.

STB’s chief executive says they still need to intensify marketing in the Chinese market as presently the weekly direct flight is not flying to its full capacity.

China, which was the sixth top country sending the most visitors to Seychelles last year, is now third for the first quarter of 2016.

France remains the main market with over 11,000 visitors, slightly higher by 1,000 for the same period last year.

Germany retains its second position with around 8,000.

“STB is very optimistic about 2016 as already we are getting very good feedback from our trade partners,” says Naiken.