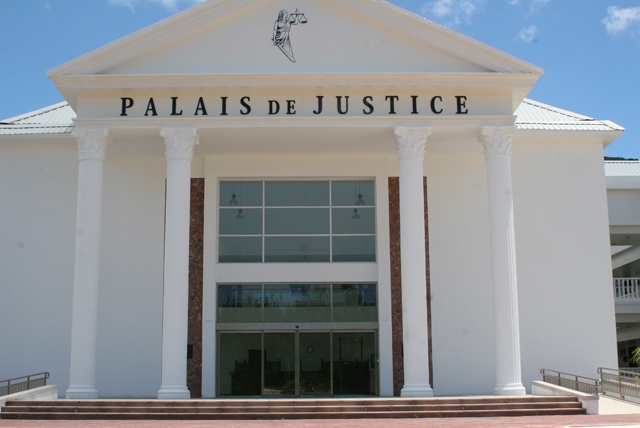 (Seychelles News Agency) - Eleven Iranians arrested last month were charged with two counts of importation and trafficking of drugs on Friday in the Seychelles Supreme Court.

The Iranians were arrested on board a dhow, a type of sailing vessel common to the Gulf Arab states, in mid-April, following a joint operation by the Seychelles Coast Guard and the National Drugs Enforcement Agency (NDEA).

The authorities said about 98 kilogrammes of drugs, including heroin and opium, were seized on board the vessel, in what the NDEA said may be the largest seizure ever in the territorial waters of Seychelles, an archipelago in the western Indian Ocean.

After charging the suspects, Justice Mohan Niranjit Burhan ruled they should be remanded further because of the “seriousness of the offence which carries life imprisonment”.

Offences including manufacturing, importing and trafficking of drugs of an amount in excess of 250 grammes carry a potential life sentence in the island nation following the amendment of the Misuse of Drugs Acts in August 2012.

Justice Burhan said that prosecution led by David Esparon had satisfied the court on the grounds submitted for further remand.

Esparon had cited the seriousness of the crime and the fact that “there is a rise in such instances in Seychelles.”

He added that the suspects may abscond in the event they are released on bail as they did not have a fixed abode in Seychelles and may interfere with potential witnesses “as the NDEA was still trying to establish potential local contacts.”

Counsel for the defence, Clifford Andre, did not object to further remand.

“I am not objecting to further remand simply because they do not have a fixed place of abode in Seychelles,” Andre told the court.

In a press statement following the Iranians' arrest in April, NDEA’s Deputy Chief Officer, Liam Quinn, said the drugs were concealed in several sections of the boat.

Quinn confirmed that the vessel was apprehended off the coast of Bird Island, which is located some 100 kilometers  from Mahé, the main island of Seychelles.

Although registered as a fishing vessel, no fish were found during the search and there were no evidence that the fishing lines found had been used, the NDEA said.

The NDEA said it is not known where the vessel was coming from although it is believed the drugs originated from the Makran Coast, between Iran and Pakistan, a route used to transport narcotics destined for the East African coast.

The local enforcement agency believed the consignment was destined for Tanzania.

The eleven suspects, including a 14-year-old, are being remanded at Montagne Posee Prison, Seychelles’ main detention centre. Their next court appearance is scheduled for May 27.