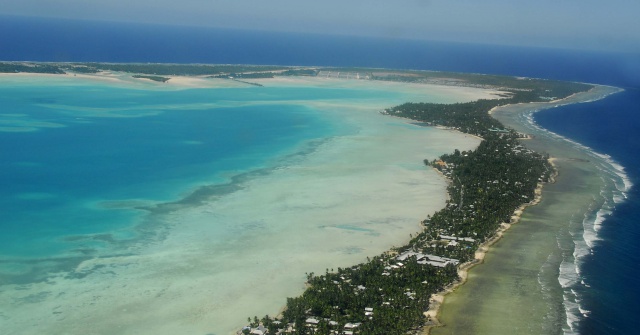 (Seychelles News Agency) - The government of the Pacific state of Kiribati has voted in Parliament to stop all fishing activities in the Phoenix Islands Protected Area (PIPA) by the end of this year. The move will turn a patch of pristine ocean in the Pacific the size of the U.S. state of California into an undisturbed breeding ground for tuna and other fish.

Years of claiming that the entire 393,000 square kilometres of marine reserve was a ‘no-take’ zone was last year exposed as a lie, prompting the Kiribati government, headed by President Anote Tong, to scrabble for funding from international conservation bodies in order to prevent losses in revenue from fishing licenses.

Whatever the circumstances, however, the step to protect the reserve from fishing and extraction activities is regarded as a substantial victory for the world’s oceans by conservation experts, allowing stocks of tuna depleted by overfishing to be replenished in PIPA, one of the most bio diverse marine sanctuaries in the world.

Tuna are highly mobile fish and scientists have discovered that they travel thousands of kilometres to find the perfect breeding grounds – thus the protection of these breeding areas from fishing becomes almost a logical and necessary solution to safeguard future fish stocks.

International fleets of industrial purse-seiners have led to a rapid decline of bigeye and bluefin tuna, and yellowfin and skipjack populations have also experienced shrinkages.

The global proportion of overexploited, depleted or recovering fish stocks increased from 10% in 1974 to 32% in 2008, according to a UN Food and Agricultural Organization (FAO) study released in 2010.

Conservationists are now hoping that the ban on fishing in PIPA will encourage other nations to follow suit and declare ‘no-take’ zones within their own Exclusive Economic Zones.

Palau has previously indicated the possibility of turning its entire EEZ off to commercial fishing, and the Cook Islands and New Caledonia are also conducting studies on how much fishing should really be allowed in their own protected areas, which are even larger than PIPA.

Taiwan dismayed as another Pacific nation switches to Beijing