A chance to be an ambassador for Seychelles, says Miss Seychelles contestant Christinne Barbier 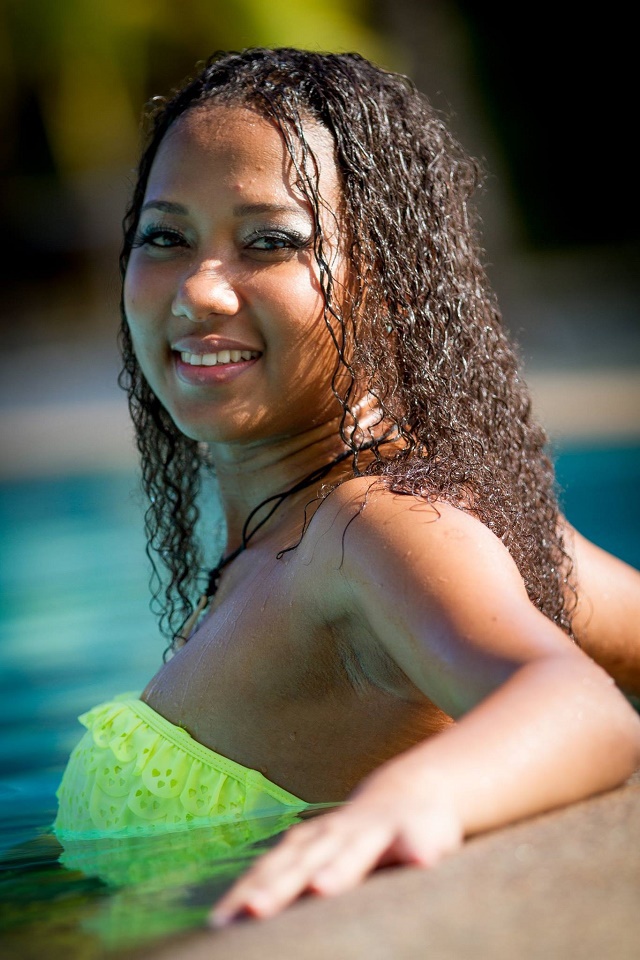 (Seychelles News Agency) - Being a Miss Seychelles Another World contestant is not only about strutting one's stuff on the catwalk but also a way to build confidence.

“This is a chance for me to represent my country at the same time build my self-esteem,” Christinne Barbier said to SNA, adding that she is confident of doing well. “I am focused on only one word – winning,” she said.

Barbier, one of the pageant’s 12 aspiring beauty queens, views her participation as an opportunity to be an ambassador for her island home.

In spite of her competitive spirit and confidence that she will win the crown and represent Seychelles at the next Miss World pageant, Barbier, 24, had some motivational words for the other contenders.

“I would like to wish them all the best. We are all winners.”

Barbier, who stands at 1.67 metres, says she is loving every minute of the preparation and grooming, adding that all the girls are giving their best.

“It’s very competitive, and all the girls are good at everything,” she told SNA.

Since the 2016 pageant was launched, the 12 contestants have been busy preparing and have already faced judges in preliminary assessments of their talent, abilities in sports, and how attractive they look in photo shoots.

Barbier, who enjoys listening to music and dancing, decided to perform a Salsa dance before the panel of judges last weekend, as she tried to accumulate enough points to stand a chance at taking home the coveted crown.

The resident of Cascade, on the east side of the Seychelles main island, Mahé, describes herself as a friendly, cheerful and helpful person.

She is using such traits to push forward her community fulfillment project which is aimed at helping young adults who were brought up in a children's home. Barbier explained to SNA that upon reaching age 18, they often have the hard time finding a new home as they are no longer eligible to remain in a children’s home.

The beauty with a purpose project titled ‘Children's Home - Comfort, Care, Continuity,’ is all about helping to build a hostel or apartment for them.

“I want them to have a place where they will feel safe, comfortable, and always feel welcome,” she told SNA.

Barbier who works as accounts assistant for a local tour operator, Mason’s Travel, has been toying with the idea of participating in the Miss World pageant since the age of 18.

She told SNA that at 24 she now feels “mature enough” to take up the challenge.

“At 18 I was not mature enough to take part in a competition of that magnitude but I’m definitely ready now,” said the confident young woman, whose motto in life is to remain positive at all costs.

“I always believe that a person should be positive no matter what and that each and every one have their own chances in life, but it has to be the right time.”

Editor’s Note: Twelve contestants are taking part in the 2016 Miss Seychelles Another World pageant. The crowning ceremony will take place on Saturday May 28. SNA is writing feature stories on each participant in the order they appear as contestants up to the crowning night.

People » Be a reporter: Write and send your article » Subscribe for news alert
Tags: Miss Seychelles Another World, Christinne Barbier