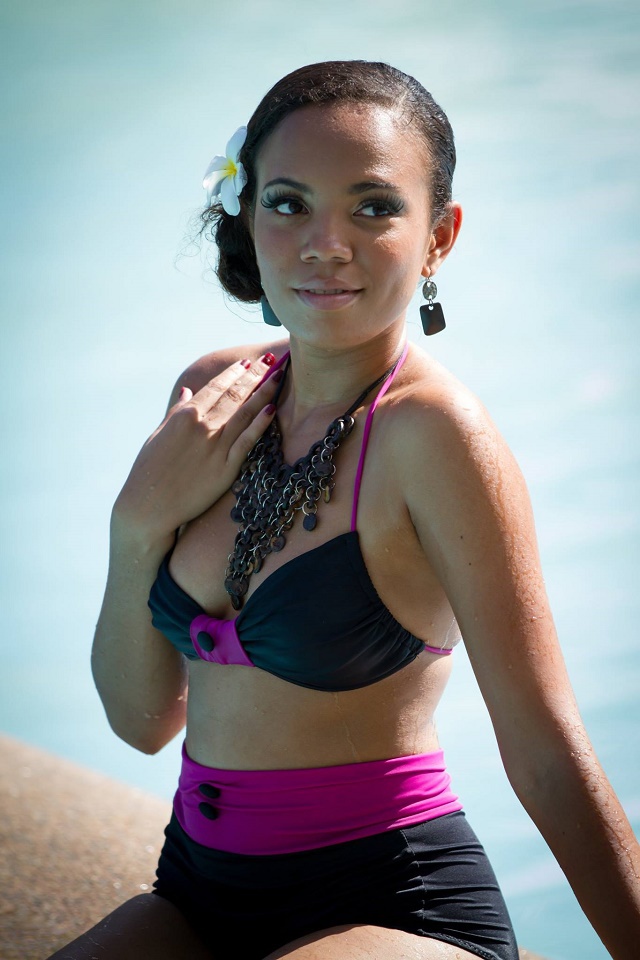 (Seychelles News Agency) - Neither the thrill nor the attention that may accompany one's participation in a beauty contest were the factors that got one contestant to join the Miss Seychelles Another World 2016.

Camilla Spivey says it was instead the persistent push from her mother and the drive to bring some cheer into the lives of cancer patients that motivated her to take the leap.

Spivey is among twelve young women competing for the title of Miss Seychelles. The winner will be crowned on Saturday night.

“I have a close relative who is fighting cancer, so I decided to participate in order to have a voice and help educate other who are also suffering from the disease,” Spivey told SNA.

Her beauty with a purpose project entitled ‘More Education on Cancer’ was one of the requirements of the pageant, as this is a major component of the Miss World contest, which the winner advances on to.

Spivey says she is passionate about getting the chance to work with cancer patients of different ages, organizing fun activities to help them get through some of their difficult and painful moments.

Being a wellness and spa student, she also hopes to use her skills in massage, manicure and pedicure to organise pampering sessions for them.

According to Seychelles’ health ministry's statistics in 2014 for example, the 115-island archipelago in the western Indian Ocean recorded 211 new cases of cancer and 125 cancer related deaths. In 2015 there was a slight increase -- 238 new cancer cases and 151 cancer related deaths were reported.

“I think it has a lot to do with lifestyle choices, like smoking and alcohol abuse, that is what’s contributing to people getting cancer later on. There’s also the type of food that people eat,” said Spivey.

The 21-year-old says it’s been three years since her mother has been trying to get her to join the Miss Seychelles pageant. Although she has been able to build confidence through her preparations for the grand finale, being naturally shy, the thought of getting up the stage and facing the crowd still scares her.

“I am confident about answering the judges’ questions but not so much when it comes to the catwalk, but I’ll do my best.”

Spivey is encouraging other young ladies to join future Miss Seychelles pageants, which she believes can help open many doors for them later on in life.

The next Miss Seychelles will be crowned in a ceremony taking place at the International Conference Centre, in the capital, Victoria, Saturday evening.

The lucky winner will be tasked with becoming an ambassador for the country, starting by representing the country at the next Miss World beauty pageant.

Editor’s Note: Twelve contestants are taking part in the 2016 Miss Seychelles Another World pageant. The crowning ceremony is on Saturday. SNA has written feature stories on each participant in the order they appear as contestants up to the crowning night.

People » Be a reporter: Write and send your article » Subscribe for news alert
Tags: Miss Seychelles Another World, Camilla Spivey