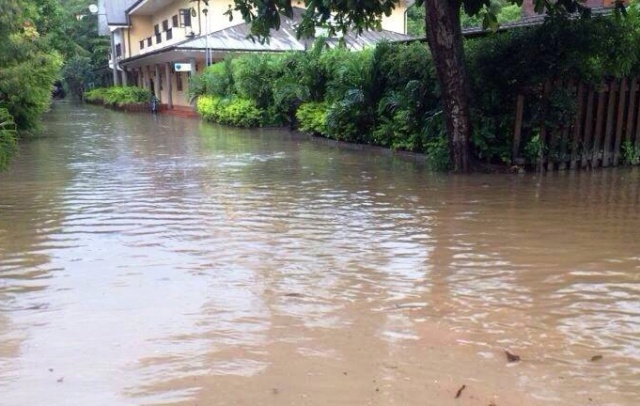 La Digue, known for one of its famed beaches, Anse Source d’Argent, has received $1.5 million under the EU’s Global Climate Change Alliance Programme.

Project manager Rodney Quatre, who works for the United Nations Development Programme, says the money will be used to finance a three-year project which will further boost coastal and flood protection in low-lying areas of the island.

“These will be achieved through shoreline management, enhancing stream channel and wetland management and increase flood buffering capacity,” Quatre said last week while briefing various partners already pursuing such efforts on the island. This includes the environment ministry, the United Nations Development Programme, the disaster risk and disaster management department among others.

“We intend to complement and work alongside other agencies such as the national drainage task force that are already active in mitigating flooding incidences on La Digue through several projects,” Quatre told SNA.

La Digue experienced severe flooding in January 2013 following the passage of Tropical Storm Felleng. Flood waters inundated homes and other facilities while also affecting the movement of people including tourists, on which the island relies for its economic activities. Similar flooding was experienced during the same period the following year.

Since then, improvements have been made to the drainage systems and water outlets, especially at La Passe and L’Union Estate, to allow proper flow into the sea instead of the water accumulating in plateau areas.

The new EU-funded project which will be coordinated by the United Nations Development Programme. It will help support the Indian Ocean archipelago’s six year master plan to mitigate flooding on La Digue.

Having only recently signed the Paris Agreement on Climate Change in New York, Seychelles is not leaving much to chance, according to the principal secretary for environment.

“Climate change continues to expose our vulnerabilities every day and across the whole country,” said Alain Decommarmond while referring to the disastrous effect of Cyclone Fantala on the outer island of Farquhar in April, a first in 10 years.

This is the second time that the EU has supported Seychelles under the Global Climate Change Alliance Programme, GCCA. It gave $2 million to the island nation in 2011.

“These GCCA programmes are concrete examples of how [EU] can join forces to translate Paris commitment into actions on the ground,” said the EU’s Project Manager Rajesh Parboteeah .

The GCCA is one of the global EU programmes designed to help countries respond to climate change.