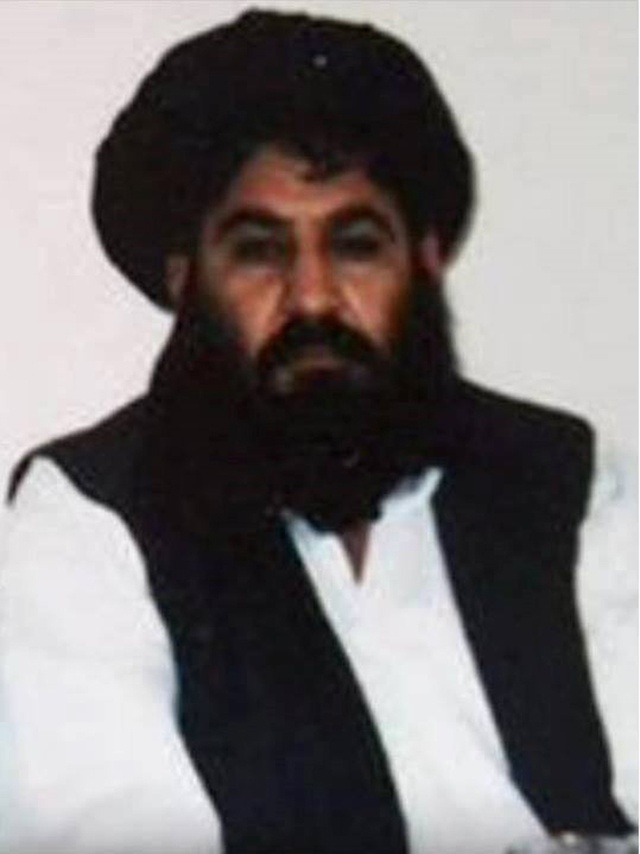 This handout file photo released by the Afghan Taliban on December 3, 2015, which was taken on a mobile phone in mid-2014 is said to show Afghan Taliban leader Mullah Akhtar Mansour posing for a photograph at an undisclosed locationin Afghanistan. (Handout / Afghan Taliban / AFP)

(AFP) - Afghanistan's spy agency Sunday said Taliban leader Mullah Akhtar Mansour was killed in a US bombing raid, the first confirmation from regional officials of his death, which marks a potential blow to the resurgent militant movement.

The Taliban have not commented officially on the very rare American drone attack deep inside Pakistan on Saturday, authorised by President Barack Obama, which could scupper any immediate prospect of peace talks.

The apparent elimination of Mansour, who had consolidated power following a bitter Taliban leadership struggle over the past year, could also spark new succession battles within the fractious movement.

"Mansour was being closely monitored for a while... until he was targeted along with other fighters aboard a vehicle," Afghanistan's National Directorate of Security said in a statement.

American officials on Saturday said Mansour was "likely killed" in the remote Pakistani town of Ahmad Wal in Balochistan province by multiple unmanned aircraft operated by US special forces.

The deaths of Taliban leaders have often been falsely reported. Mansour himself was rumoured to have been killed last December.

Two Pakistani intelligence officials told AFP the drones struck a Toyota Corolla near the city of Quetta, killing two people whose bodies were burned beyond recognition.

They did not confirm whether Mansour was among them but said the bodies had been moved to a hospital in Quetta.

A member of the Quetta Shura, the Taliban's leadership council, told AFP that Mansour had been unreachable on his mobile phone since Saturday night.

"We are not sure if something is really wrong or he purposely switched off his phone fearing an attack," he told AFP on condition of anonymity.

Mansour was formally appointed head of the Taliban in July last year following the revelation that the group's founder Mullah Omar had been dead for two years.

The group saw a resurgence under the firebrand supremo with striking military victories, helping to cement his authority by burnishing his credentials as a commander.

The Taliban briefly captured the strategic northern city of Kunduz last September in their most spectacular victory in 14 years. The southern opium-rich province of Helmand is also almost entirely under insurgent control.

"Mansour posed... an imminent threat to US personnel, Afghan civilians and Afghan security forces," US Secretary of State John Kerry said during a visit to Myanmar Sunday.

"He was also directly opposed to peace negotiations."

But Mansour's apparent death was not immediately seen as likely to push the Taliban closer to peace talks. It could press them to show they are still able to wage an aggressive battle, observers say.

"The war has been going on for so long, the Taliban has so many leaders and so much ability to function at the local level even without strong central guidance, that we would be well advised to keep expectations in check," said Michael O'Hanlon of the Brookings Institution think-tank.

The drone attack came just days after representatives from the US, China, Pakistan and Afghanistan held another round of negotiations in Islamabad aimed at reviving long-stalled direct peace talks between the Afghan government and the Taliban.

However pressure has been building in recent months for the United States to return to direct attacks on the Taliban, particularly via air strikes.

NATO ended its combat mission in Afghanistan in December 2014, pulling out the bulk of its troops, although a 13,000-strong residual force remains for training and counterterrorism operations.

The Taliban, who announced the start of their annual spring offensive last month, have already stepped up their campaign against the Western-backed Kabul government for the season.

Omar's son Mullah Yakoub, although deemed young and inexperienced, is also favoured by some Taliban commanders for the leader's post.