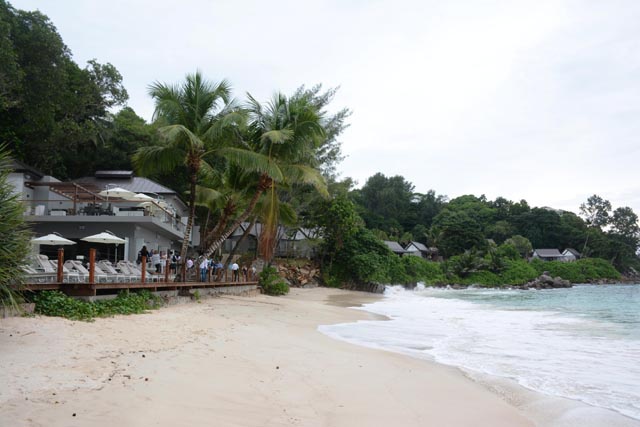 Photo of one of the latest hotel to open its doors in Seychelles in April 2016 -- the CaranaBeach Hotel. A new hotel grading system for hotels in Seychelles will come into force in January 2017. (Patrick Joubert, Seychelles News Agency)

(Seychelles News Agency) - A new hotel classification system for Seychelles' hotels means a more level playing field for hoteliers who have invested a lot to raise the level of standard, a United Nations World Tourism Organisation expert said on Monday.

Claire Gantly is visiting the island nation to help train tourism inspectors on what to look for when assessing hotels as the January 2017 implementation date of the new system draws near.

Work to develop criteria that would be used for the classification of hotels in the 115-island archipelago in the western Indian Ocean started last year. Presently the nearly 500 hotels in island nation are using their own criteria to grade themselves up to five-star level.

This includes large luxury hotels, guesthouses, self-catering apartments, private island resorts and spa hotels, which are some of the facilities on offer to visitors.

With the new grading system, hotels with more than 16 rooms will be classified either as a five, four, three, two or one star establishments.

“With the (new) system those who were offering a very poor service to their clients will not be allowed to claim to be on the same level as somebody who has done a lot to raise their standard,” Gantly told SNA.

She added that benefits will also apply for customers, as the grading system will help reduce complaints and dissatisfaction that arise during their holidays.

“At present tourists to Seychelles cannot really choose where they are going, what it will cost them and whether it is worth it, because there is nothing to compare it to,” she said.

Guesthouses and other small tourism establishments with less than 16 rooms,  will be awarded a special ‘Seychelles Secrets’ label and will be classified into three categories – gold, silver and bronze.

The Principal Secretary for tourism explained that a lower star does not necessary mean bad service but rather a service fit for that specific level.

“Not all tourists want to stay a five-star resort and some actually settle for a cheaper establishment, which is comfortable and clean but with a service that is rated one star,” Anne Lafortune told SNA, adding that those rated higher should be offering a service that matches that particular level.

“This would be possible as of January as we will grade them according to their standard,” said Lafortune.

Aside of the physical aspects, the service side of the establishments would also be assessed as part of the new grading system.

According to Gantly, while Seychelles will be using international norms for the hotel classification system, special emphasis is also being placed on some aspects of the country’s culture, including its cuisine, arts and entertainment.

“We have tried to ensure that we keep the unique flavor that is Seychelles when devising the system and those who offer local crafts, arts, local cuisine, music and dance will have more points added to their establishments during the grading process,” she added.

The Seychelles archipelago in the western Indian Ocean, with a population of around 93,000 people attract thousands of holidaymakers from Europe, Asia, the Middle East and Southern Africa each year.