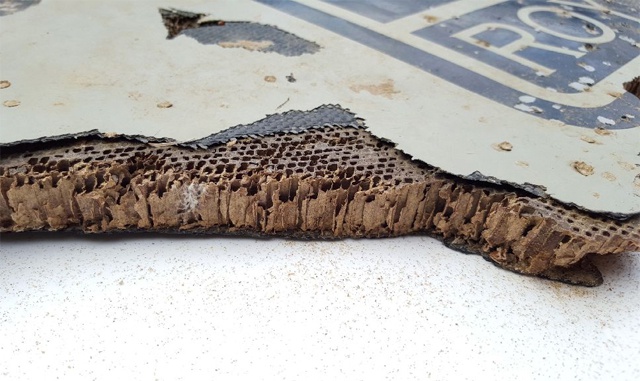 (AFP) - Three new pieces of debris have been found in Mauritius and in Mozambique that could be linked to missing Malaysia Airlines flight MH370, Australia's transport minister said Thursday.

The fate of the passenger jet, which is presumed to have crashed at sea after disappearing en route from Kuala Lumpur to Beijing with 239 passengers and crew on board in March 2014, remains a mystery.

Five other fragments have previously been found and identified as definitely or probably from the Boeing 777.

All of them were discovered thousands of kilometres (miles) from the current underwater search zone far off Western Australia's coast, where three ships carrying sophisticated equipment are scouring the sea floor for traces of the plane.

Transport Minister Darren Chester said two of the new pieces were found in Mauritius, with the other in Mozambique and were "of interest in connection to the disappearance of Malaysian Airlines flight MH370".

"The Malaysian government is yet to take custody of the items, however as with previous items, Malaysian officials are arranging collection and it is expected the items will be brought to Australia for examination," Chester said in a statement.

"These items of debris are of interest and will be examined by experts."

No other details were given.

The first concrete evidence that MH370 might have met a tragic end was when a two-metre-long (almost seven-foot) wing part known as a flaperon washed up on a beach on the French overseas territory of La Reunion in July last year.

Australian authorities then said in March that two pieces of debris found in Mozambique -- a flat grey fragment with the words "No Step" printed on one side, found on a sandbank, and a metre-long piece of metal picked up by a holidaymaker -- were "almost certainly from MH370".

In mid-May, the government agency leading the search for MH370, the Australian Transport Safety Bureau (ATSB), said two fragments that washed up on beaches in South Africa and Mauritius in March were also likely to have come from the jet.

One part, which came ashore at Mossel Bay in South Africa, was an aircraft engine cowling, identified from a partial Rolls Royce stencil.

The other, which was found on Rodrigues island in Mauritius, was a decorative laminate from a "work table" in the main cabin.

If nothing turns up once the area is fully scoured, the search is likely to be abandoned, Australia, Malaysia and China -- the countries that most of the passengers came from -- have jointly said.

ATSB's head Martin Dolan said last week the hunt could wrap up in August, prompting an international network of MH370 next-of-kin, Voice370, to call on the three nations to extend and expand the search.