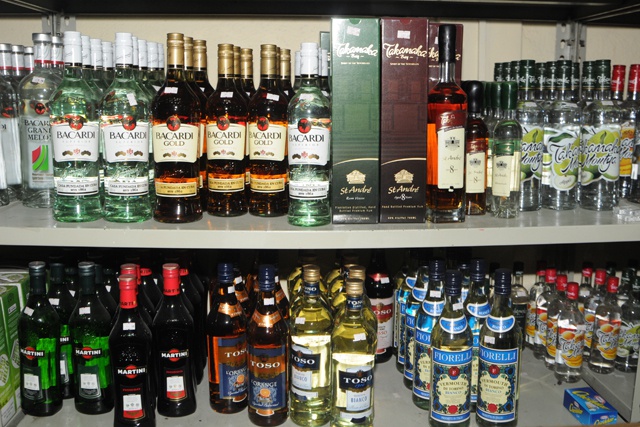 (Seychelles News Agency) - The World Health Organization (WHO) has recorded a substantial drop in alcohol consumption among Seychellois, which has dropped from number 39 in 2011 to number 103 out of 191 countries in 2014.

According to the recently-released WHO’s Global Status Report on Alcohol and Health 2014, which measured average alcohol consumption in countries throughout the world between 2010 and 2011, litres of pure alcohol consumed by Seychellois per year dropped to 5.6 litres per capita from a whopping 10.6 litres per capita recorded in the 2011 report, which contained data from 2003 to 2005.

According to the 2014 figures, Belarus now consumes the highest amount of alcohol in the world, with people on average drinking 17.5 litres of pure alcohol a year, followed by the Republic of Moldova at 16.8 litres per capita. In the 2011 report, Moldova was the highest consumer and Belarus was in 9th place.

The average for the Africa region has fallen slightly from 6.2 litres to 6.0 litres (which is now 0.2 litres under the global average), but the consumption rate in Seychelles recorded in the 2014 report is well below average.

Out of 46 countries in the WHO Africa region, Seychelles falls in at a respectable 21st place. South Africa is the highest consumer of alcohol on the continent, at 11 litres per capita, second to Gabon at 10.9 litres per capita.

The 2011 figures also placed Seychelles at third in the world for beer consumption, behind the Czech Republic in first place and Palau in second place.

The percentage of beer consumption in Seychelles has fallen from 85% of total alcohol consumed in 2011 to 67% in 2014, with more people opting instead for wines and spirits, a possible consequence of more imported alcoholic products being made available on the local market.

Commenting on the report that is based on data from 2010 to 2011, the Security Advisor at the Seychelles Ministry of Home Affairs and Transport Raymond St Ange told SNA that “now that we are in 2014 and noting the reports that come in from not only the police but as well other allied agencies concerned with alcohol consumption, and related abuse of same, I would say that consumption is back up.”

Seychelles has measures in place to limit alcohol consumption including the prohibition to sell alcohol to persons under the age of 18 as well as restriction on the sale of alcohol at the shops especially in the evenings and early morning, which took effect last year.

During weekdays for example shops are allowed to sell alcohol from 11.00am to 9.00pm Seychelles time.

For several years now the Seychelles government and NGOs have implemented awareness campaigns on the dangers of excessive alcohol consumption, reinforced by a national "Social Renaissance" campaign launched in July 2011 by Seychelles President James Michel who called on the “participation of everyone to address the social ills which are threatening the fabric of our society.”

The WHO’s Global Status Report on Alcohol and Health 2014 also found that the consumption of alcohol led to 3.3 million deaths around the world in 2012 and that globally, 16% of alcohol consumers indulge in heavy drinking sessions, otherwise known as binge drinking.

Excessive alcohol use not only leads to addiction, but it can put people at a higher risk of diseases such as tuberculosis and pneumonia. Binge drinking can also result in drunk-driving fatalities, domestic violence or risky sexual behaviour that could lead to a higher prevalence of unwanted pregnancies and sexually-transmitted diseases such as HIV.

The WHO aims to create more awareness on the dangers of alcohol consumption and has said it would like to see a 10% global reduction in harmful alcohol use by 2025.