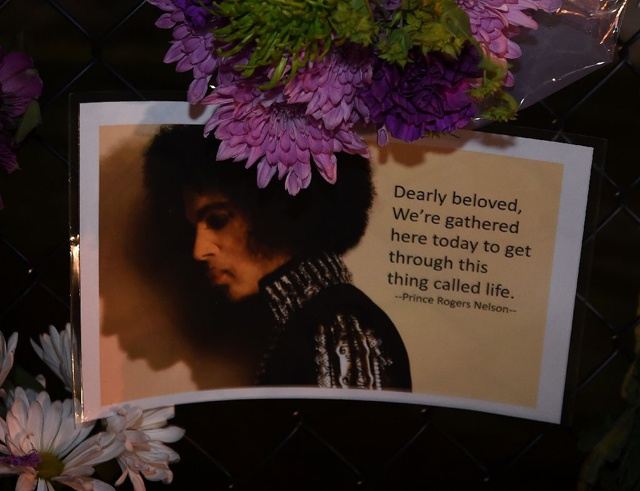 (AFP) - Prince died from an accidental overdose of painkillers, autopsy results showed Thursday, confirming the pop icon as the highest-profile victim of the US epidemic of opioid abuse.

The medical examiner's office, as is customary, gave no details other than the cause of death, with the sheriff's department in Minnesota's Carver County still investigating events leading to Prince's sudden demise.

The examiner's office said that the sprightly five-foot-two (1.6-meter) "Purple Rain" star weighed just 112 pounds (51 kilograms) and listed the resting spot of his ashes as unknown.

Fentanyl, a synthetic opiate, is more powerful than morphine and is used to treat people with chronic pain. It is only available by prescription.

Prince was found dead at his Paisley Park estate, days after his private plane made an emergency landing that was also reportedly due to a painkiller overdose.

Kornfeld's son Andrew had arrived at Paisley Park to meet Prince when he discovered his lifeless body and called the 911 emergency line for help.

Prince had appeared to be healthy to the public and was legendary for his marathon performances in which he would play for hours straight or put on two shows in a night.

But Prince, who was guarded about his personal life, underwent hip surgery in 2010.

His death comes amid growing public alarm over an epidemic in opioid use, which claimed 26,647 lives in the United States in 2014, according to the Centers for Disease Control and Prevention.

Such deaths have nearly quadrupled since 1999, with painkillers now accounting for 61 percent of all fatal overdoses.

Doctors began generously prescribing the painkillers in the 1990s after pharmaceutical companies and medical experts deemed they could be used for back pain, arthritis and other conditions without fear of creating addictions.

But many patients became dependent and turned to the black market as well as to heroin to meet their fixes.

The National Safety Council, a non-profit group that seeks to prevent accidental deaths and injuries, offered condolences to Prince and encouraged fans to wear ribbons in his signature purple color to remember all victims of opioid overdoses.

"It is past time for all of us to take up the mantle and end this crisis. Artists and the music industry have an incredible platform from which to raise awareness and create change, and we urge them to use it," it said in a statement.

Prince is widely revered as one of the most influential artists of his time, mastering electric guitar so well he could play it behind his back and blindfolded and creating an instantly danceable and sexually frank brand of funk.

Famously prolific, Prince clearly did not anticipate an early death and had not drawn up any will. With no recognized children or current spouse, his death threw a giant question mark over a fortune that could be worth hundreds of millions of dollars, as well as a vast vault of unreleased material.

Prince's sister Tyka Nelson had asked a court to appoint an independent administrator which is examining claims of other heirs. The court will later this month hear a proposal by the administrator to set up DNA tests for people claiming to be descendants.

Self-described heirs include an inmate from Kansas City whose mother says she had sex with the star in a hotel in 1976.

Prince's family cremated him quietly soon after his death and held a private remembrance ceremony at Paisley Park.

His sister, Tyka Nelson, said the family is hoping to organize a larger memorial service with music that will likely take place in August.