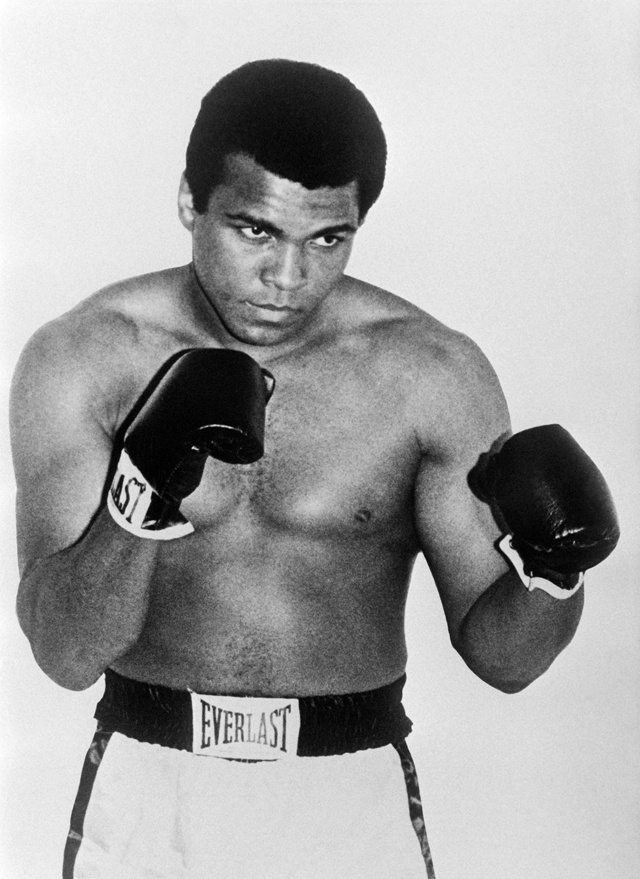 The beloved 74-year-old sports hero, who had been battling Parkinson's disease for decades, passed away in a hospital here where he had been admitted earlier this week suffering from respiratory problems.

"After a 32-year battle with Parkinson's disease, Muhammad Ali has passed away at the age of 74," spokesman Bob Gunnell said.

Funeral arrangements for Ali would be announced on Saturday, he added, with the champion to be buried in his hometown of Louisville, Kentucky.

Ali had been living in the Phoenix area with his fourth wife, Lonnie, whom he married in 1986. He was survived by nine children, seven daughters and two sons.

As the family gathered at his bedside on Friday, concern for Ali had grown.

Upon his death tributes immediately poured in for "The Greatest," who was known globally not only for his storied ring career but also for his humanitarian activism.

"Muhammad Ali transformed this country and impacted the world with his spirit," said longtime boxing promoter Bob Arum. "His legacy will be part of our history for all time.

"He is, without a question in my mind, the most transformative person of our time," Arum said.

Ali had been hospitalized multiple times in recent years.

In 2014 he was treated for a mild case of pneumonia and again in 2015 for a urinary tract infection.

His Parkinson's, thought to be linked to the thousands of punches he took during a career studded by bruising battles inside the ropes, had limited his public speaking.

But he continued to make appearances and offer opinions through his family members and spokespeople.

In April, he attended a Celebrity Fight Night Dinner in Phoenix that raised funds for treatment of Parkinson's.

In December, he issued a statement rebuking US presidential hopeful Donald Trump's call for a ban on Muslims entering the United States.

His 30-year career, which stretched from 1960 to 1981 and saw him retire with a record of 56-5, included such historic bouts as the Rumble in the Jungle against George Foreman.

Don King promoted that watershed bout in Kinshasa, Zaire, in 1974, in which Ali used his "Rope a Dope" strategy to best Foreman and become just the second fighter to regain the heavyweight world title.

"His spirit will go on forever," King said of Ali. "He represents what every athlete and sports person tries to do, an attitude of getting it done, success, he was fabulous.

"A great human being, and a champion of the people. The greatest of all times."

Other defining moments of Ali's career included two knockouts of Sonny Liston and his thrilling rivalry with Joe Frazier -- which saw the two men slug it out in the ring and verbally spar out of it.

"Ali, Frazier & Foreman, we were 1 guy. A part of me slipped away -- the greatest piece" Foreman wrote on Twitter shortly after Ali's death was announced.

Ali, born Cassius Marcellus Clay Jr in Louisville, Kentucky, dazzled fans with slick moves in the ring, and with his wit and engaging persona outside it.

His refusal to serve in the Vietnam War saw him banned from the sport for years, but the US Supreme Court overturned his conviction for draft dodging in 1971.

He took the name of Muhammad Ali after converting to Islam in 1964, soon after he had stunned the sport by claiming the title with a monumental upset of Liston.

He was vilified in some quarters for that conversion and his outspoken stance on Vietnam and civil rights issues. His refusal to fight in Vietnam saw him prosecuted for draft evasion, and led to him being effectively banned for boxing for three years of his prime.

But he held firm to his beliefs and eventually earned accolades as an activist.

He received the highest US civilian honor, the Presidential Medal of Freedom, in 2005.

He represented the United Nations as a messenger of peace and was chosen to light the Olympic torch in 1996, when he was already weakened by Parkinson's.

Floyd Mayweather, who walked away from boxing last year with a perfect 49-0 record, recalled the awe he felt in meeting Ali in '96, when he himself was a US Olympian.

"I didn't really know what to say. I couldn't believe it," Mayweather said. "I didn't even want to show my true feelings and emotions of how I felt."

Twenty years on, Mayweather was clear on his view of Ali's legacy -- forged inside and outside the ring.

Mayweather's great rival Manny Pacquiao of the Philippines said the world had lost "a giant".