Ghana and Seychelles to ‘top-up’ each other’s tuna exports 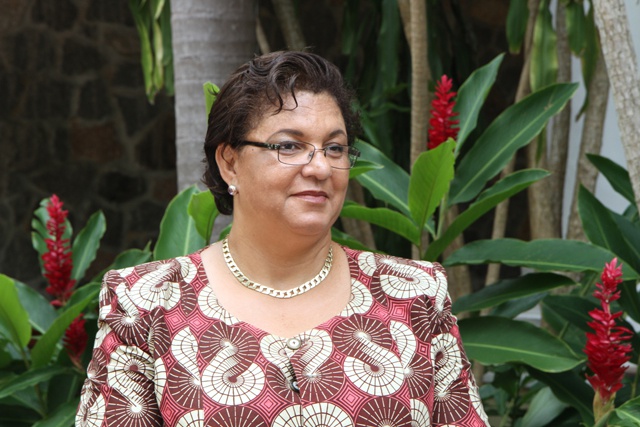 (Seychelles News Agency) - Seychelles and Ghana have signed an administrative agreement to allow the two countries to bolster their tuna exports towards the European market. The agreement makes provision for the two fish exporting nations, which both have tuna fishing agreements with the European Union, to buy fish from each other for exportation to Europe.

Adam explained that as the catch of tuna in two countries peak at opposing seasons during the year, the agreement will mean that when Seychelles’ tuna catch is at its low season, it will be able to “top-up’ its stock so as to meet the demand from Europe and Ghana can do likewise.

Tetteh elaborated that as both countries already have their own respective agreements with the EU, the framework which governs exportation to the European markets already exists on both sides, which means that the issue of standards is already addressed.

“The same rules that govern Seychelles exporting to Europe applies also to us. In fact we are able to enter in this administrative agreement because both our countries already have signed agreements with the EU. We have the same traceability system which allows us to identify from which vessel a specific consignment originated and we have the same sanitary standards that we have to upkeep, so really this agreement is beneficial to both sides as all the technical requirements are already in place,” she stated.

Seychelles’ only tuna canning factory, Indian Ocean Tuna, Ltd, which is one of the largest tuna canneries in the world, employs 2300 people, producing 1.5 million cans of tuna per day.

Port Victoria, the main port of the capital of the Seychelles islands, is one of the business tuna fishing ports in the world, where an average of 200,000 metric tonnes of fish are landed and transhipped every year. Fisheries accounts for an income of $370 million yearly into the Seychelles economy, according to statistics from the Seychelles Fishing Authority.

Under its terms businesses will not have to pay taxes in both countries on their imported products.

The two foreign ministers also signed a visa-waiver agreement, which removes the need of citizens of either country to obtain a visa when entering each other’s territory. This is expected to facilitate movement between the two countries and encourage trade and tourism activities between Ghana and Seychelles.

According to the ministry, Seychelles and Ghana also share strong cultural relations and this is reflected in the fifth agreement signed which provides for political and cultural consultations between the two African nations.

The agreements signed as well as cooperation in other fields like tourism, the judiciary, education and the protection of the marine resources as well as the development of the Blue Economy were also discussed during a meeting between the Ghanaian minister and Seychelles President James Michel at State House this morning.

Seychelles has been promoting the concept of the Blue Economy in Africa, for the development of ocean-based resources such as marine-based tourism, fisheries and coastal and marine resources, as well as the sustainable management of the resources.

Ghana also seeks to learn from Seychelles expertise in the area of the Blue Economy as well as the green economy, especially forest conservation, exchanges in the energy sector and between the universities of the two countries were elaborated further during discussions Tetteh had with the Seychelles Minister for Environment and Energy, Prof. Rolph Payet.

According to a press statement from the environment and energy ministry, Ghana currently produces electricity in the Akosombo Hydroelectric Project, a hydroelectric dam on the Volta River in southeastern part of the country.

“As Seychelles is currently using wind and solar energy, Minister Serwaah Tetteh says her country is eager to learn more and benefit from Seychelles experiences with the wind farm and photovoltaic projects.”