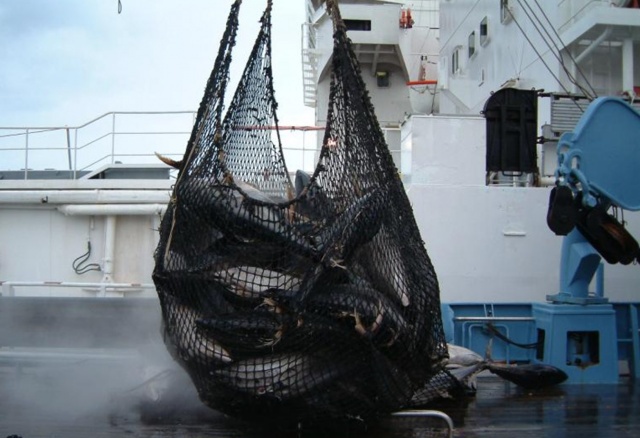 Fishing gear and devices will also be reduced from 550 to 425 per ship as part of the decision taken at the IOTC’s meeting in Reunion, a French overseas department, last month.

"It was a unanimous decision. Pity because all of these measures target seine fishing that represents 35 percent of the catch of tunas in the Indian Ocean, while other methods catch more tuna,” said Philippe Michaud, an adviser to the Seychelles' Ministry of Finance.

These decisions will affect the Seychelles’ fishing industry, the second pillar of its economy. Fourteen purse seiners are flying the nation’s flag.

The Seychelles, an archipelago of 115 islands in the western Indian Ocean and a member of the IOTC, wanted a decrease of 20 percent of yellowfin tuna fishing in the region.

The Indian Ocean Tuna Commission is an intergovernmental body set up in 1996 to regulate and manage tuna in the region. It has 32 members, and the headquarters is located in Victoria, the capital of Seychelles.

Mahe, the main island of the Seychelles archipelago, has the largest tuna canning factory in the Indian Ocean.

"We will have now to put in place a tracking system to monitor and enforce our commitments," said Michaud.

He explained that these measures are reviewed regularly, and by the next report, further decisions will be taken.

Artisanal fishing is safe as these measures apply to vessels that are more than 24 metres long.

These decisions came as a result of a report of the Scientific Committee of the IOTC stating overfishing of the yellowfin tuna in the Indian Ocean.

The 2014 haul was 9,000 tonnes over the maximum level of sustainability for the yellowfin, and this meant that tuna fishing vessels are catching more of the species than the stock can renew itself.

The maximum level of sustainability lies at 421,000 tonnes.