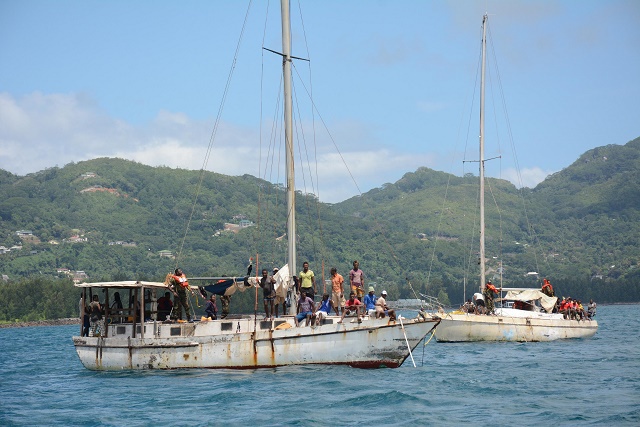 (AFP) - A "ground-breaking" international treaty to combat fishing pirates took effect Sunday, becoming legally binding in 29 countries that so far have adhered to it, the UN's food agency said.

Under it, countries are legally required to inspect trawlers when they enter their ports for signs of illicit catches.

"This is a great day in the continuing effort to build sustainable fisheries that can help feed the world," said Graziano da Silva, director general of the UN Food and Agriculture Organisation (FAO).

"We hail those countries that have already signed on to the agreement and who will begin implementing it as of today.

"We invited governments who have yet to do so, to join the collective push to stamp out illegal fishing and safeguard the future of our ocean resources."

The so-called Port State Measures Agreement (PSMA) was concluded in 2009 after years of wrangling.

It has only now taken effect after more than 25 countries -- the minimum required to activate the treaty -- officially adhered to it last month.

That triggered a 30-day countdown to when its provisions enter force.

The European Union (EU) is also a party as a regional organisation.

However, there are big absentees, including China and Japan.

Countries that are parties to the treaty are required to stop illegally-caught fish from being offloaded and sold, and to share information about pirate fishing vessels.

Foreign fishing vessels wishing to enter their ports must request permission in advance and inform the host country about what fish they have onboard.

In addition, the fish can only be landed at designated ports that are equipped for inspections.

Ships suspected of illegal fishing can denied entry or refused permission to offload their catch, refuel or resupply.

Many fisheries have collapsed or are unsustainably exploited, threatening a food source for billions of people.

The accord aims to plug a loophole that has enabled rogue trawlermen to offload their catch with little fear of scrutiny.

"Port state measures are one of the most efficient -- and cost effective -- ways to fight IUU (illegal, unreported and unregulated) fishing," the FAO said in a statement.