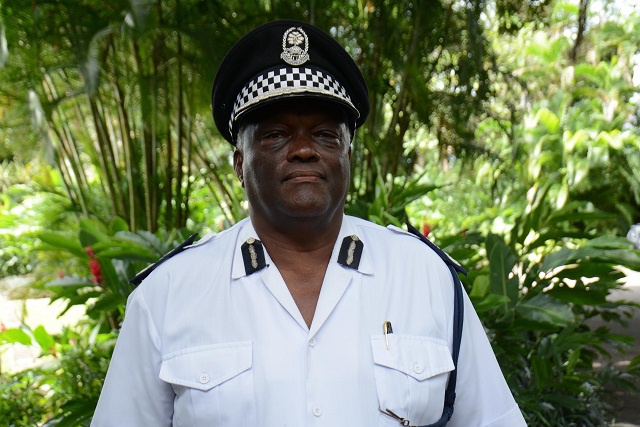 Elizabeth’s nomination by President James Michel comes as Quatre, 67, is retiring after almost 50 years of service to the police force. Quatre has described the time spent in the force as a success.

“I joined the police force with determination and yes, there has been good and bad times but I have able to surpass those challenges,” said Quatre.

“As commissioner of police I have maintained good working relations with all peers at all levels, with good teamwork which has made my work much easier.”

The outgoing commissioner said now that the time has come for him to retire he will be spending more time with his family. “Especially my wife who has given me the support throughout my career,” he said.

Quatre was appointed to the post of commissioner of the Seychelles police force in 2009 after rising through the ranks.

In a statement issued Tuesday afternoon, State House said President Michel reviewed various aspects of Quatre's career and thanked him for the dedication and contribution to the police force.

“You have served the Police Force and the people of Seychelles well throughout your career, you have delivered exemplary service for the progress of your country with respect to the rule of law,” said Michel in the statement.

“The Police Force and the people of Seychelles respect you and thank you for your professionalism,” he added.

Reginald Elizabeth will be sworn in as the new commissioner of police later this month.

Elizabeth 61, joined the police force in 1973. His most recent position was assistant commissioner for policing.

When presenting the motion calling on the approval of the new appointment Tuesday morning, the new leader of government business in the National Assembly, Charles De Commarmond, said Elizabeth has been given a chance to prove himself and called on him “to undertake the changes that is greatly needed in the police force.”

“Carry out the changes and bring a police force that the people have been asking for, one that will provide the necessary safety and security in the country and a force that is reliable,” said De Comarmond.

He also called on the new commissioner of police to ensure he makes training of police officers one of his priorities and does the necessary work to ensure more police stations are built to cater for the increase in population.

According to the State House statement  Elizabeth has wide experience in all police operations, especially in security and forensics.