8 fascinating but rare species under high protection in Seychelles 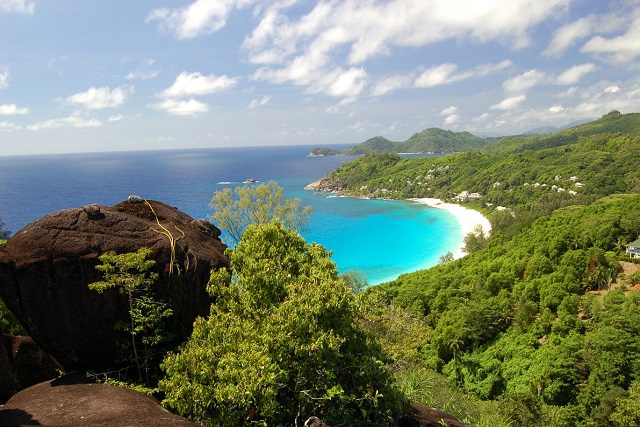 (Seychelles News Agency) - The Seychelles islands are not only well known for their world-class beaches and turquoise-coloured waters. The island nation is also putting a lot of emphasis on environment protection to ensure the survival of some of its rarest species. Given human activity and development, some rare species in Seychelles are in danger of extinction and are therefore under strict protection measures.

Seen on only two islands -- Mahe, the main island, and Silhouette, the third-biggest -- only 100 or so remain. They can be distinguished by the sheath behind their hind legs.

Endemic to the forests of Silhouette island, this frog is said to be possibly the smallest in the world, around one centimetre usually, with the females sometimes reaching one and a half centimetres. They can be found on the upper side of the leaf close to the stem of a palm tree, hence its name.

This bird lives in the forests and is native to La Digue, the Seychelles’ third-most populated island. As it needs to live in dense forest, development taking place on the island are impacting its habitat requirements. To increase its numbers some birds have been relocated to Denis Island where there are no mammal predators.

This bird lives in the woodlands and plantations on some granitic islands and was almost destroyed by predators, especially domestic cats and rats. After successful translocation, it can now be found on Fregate, Cousin, Cousine, Aride and Denis.

This is a rare warbler-like bird thought extinct until it was rediscovered on Mahe in 1996 and Conception island in 1997. It is characterised by a white narrow strip around its eyes. The bird’s decline was largely due to heavy deforestation and competition from the common myna bird and rats. Its population has increased since then and can be found sometimes in a few places on Mahe, and Fregate, Conception and North islands.

It is also known as the bare-legged scops owl due to the lack of feathers on it its leg and can be seen in the Morne Seychellois National Park on main island Mahe. Thought to be extinct until rediscovered in 1959, the species is threatened by cats, rats and barn owls.

People see earwigs as creepy and their first instinct may be to kill them, adding to its endangered status. This 5-millimetre animal can only be found in Seychelles, on Mahe, the main island. The only specimen was found at Morne Blanc. It can be found in leaves lying on the ground in damp forest and are threatened by invasive trees especially cinnamon.

Named Moominia Willii after its collector Joanna Willi, it is restricted to two places on Silhouette island. It can be found on the leaves of pandanus tree in the Gratte Fesse area (meaning scratch your bum in Creole). With its restricted habitat, any destruction in this area is a big concern.