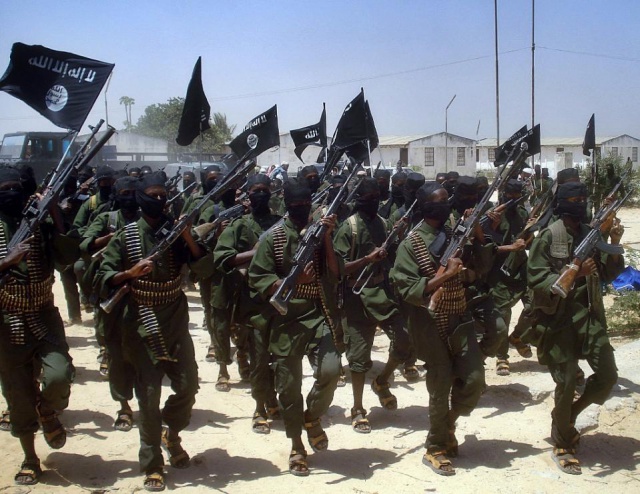 (AFP) - Shabaab jihadists in Somalia have publicly executed six men they accused of spying, including one they claimed helped kill their supreme leader in a US drone strike, the Al-Qaeda-linked group and local sources said Saturday.

Four of the executions took place Friday evening in the village of Bulofay, in the Bay region in the southwest of the country, the sources said.

Three of the men were shot by firing squad while the fourth, accused of helping the United States to kill Shabaab leader Ahmed Godane in September 2014, was decapitated.

"The Islamic court in the Bay and Bakool regions carried out" the executions of "four spies who worked for the US and Kenyan Intelligence Agencies," the group said in a statement on a pro-Shabaab website.

"Mohamed Adan Nur Hassan, one of the spies, was responsible for the airstrike that killed" Godane.

Two Kenyans were also executed on Friday in the Jubbada Dhexe region, also in the southwest, for allegedly helping to kill Shabaab leaders in Kenya, the group said in a separate statement.

It said one of them was accused of collaborating with Kenyan, British, US and Israeli intelligence services, while the other only with Kenya's secret service.

The Shabaab was pushed out of Mogadishu in 2011 but continues to carry out attacks on military, political and civilian targets aimed at undermining the internationally-backed Somali government.

In recent months they have claimed attacks on bases of the African Union peacekeeping mission in Somalia (AMISOM).

The United States has in recent years launched numerous drone strikes against Shabaab leaders, including the strike that killed Godane.