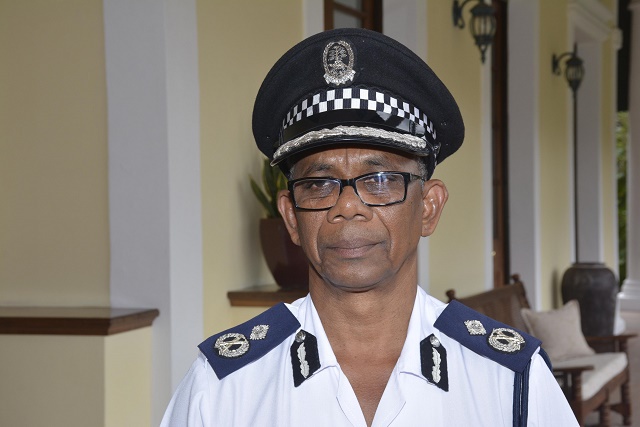 Reginald Elizabeth, 61, was sworn in at the State House on Friday as the fourth Police Commissioner since Seychelles became a multiparty democracy in 1993.

Speaking at the ceremony, Elizabeth said that he will do his best to discharge his responsibility despite the many challenges.

Elizabeth has spent 43 years in the police force since joining in 1973 and was occupying the post of Assistant Commissioner for Policing.

“I know that there is certain work that has to be done when it comes to the service that the police offers the public. We need to train our officers to become more professional in the future and respond to the expectations of the public,” he said.

The new commissioner says he start his new mandate focusing on training of officers on how to improve their service delivery.

“They all have to give better services, and they all have to respond to the expectations of the public. The public is expecting a lot from us,” he said.

After dedicating many years to the force, Elizabeth says that resources, human or infrastructure, has always been a challenge for good service delivery.

In spite of that, he says, the police have managed to do its best to fight crime in the country.

“For the past year we have worked really hard with the resources that we do have, and we have been able to reduce the crime rate by 20 percent compared to previous years," said Elizabeth, adding that the public has felt it, and they are satisfied.

Elizabeth succeeds Ernest Quatre, who retired after seven years as the Police Commissioner. Quatre was also the longest serving police officer on the force with 49 years of service.