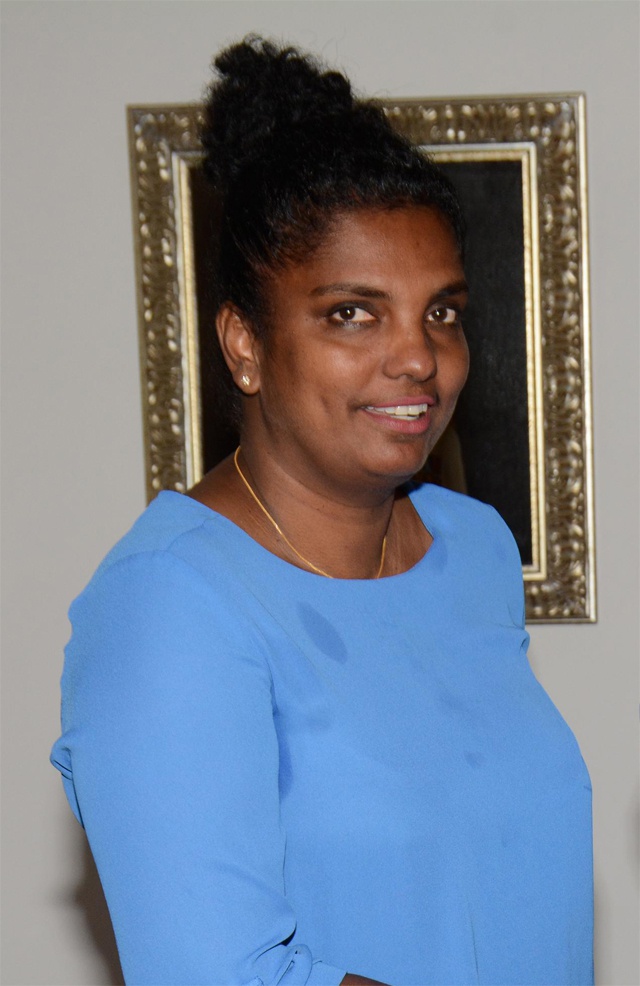 Lanka Dorby will be taking up her new post as Director for Information and Networking at the Common Market for Eastern and Southern Africa on July 1. (Patrick Joubert, Seychelles News Agency)

(Seychelles News Agency) - Seychellois Lanka Dorby has been appointed as Director for Information and Networking at the Common Market for Eastern and Southern Africa (COMESA).

Dorby told SNA on Wednesday that she is very happy to have been selected out of candidates from the 19 COMESA member states and that the post is a new challenge for her.

“I am looking forward to it because it is a regional post and at the end of the day I anticipate leaving a footprint for Seychelles by helping COMESA to achieve its objectives using ICT (Information and Communication Technology) as a tool,” Dorby said.

She added that getting the post she applied for last year represents a great achievement for Seychelles since the Indian Ocean Island State was ranked 2nd best in Africa in the Networked Readiness Index (NRI) 2015 compiled by the World Economic Forum.

Dorby who was born in Sri Lanka says her expectation is to make a difference within the organisation.

“Sometimes you can have an IT section to maintain the computers and networks but if you use ICT as a tool to achieve your objectives, it makes a difference,” she said.

COMESA is a free trade area formed in 1994 and has 20 members. It is seen as one of the pillars of African Economic Community. Seychelles, an archipelago in the western Indian Ocean, joined in 2009.

Dorby has worked for 25 years as a public servant and was the director general for information for the past ten years. She takes up her new post in Lusaka, the capital of Zambia in Southern Africa, on July 1 for a three-year mandate.

ICT » Be a reporter: Write and send your article » Subscribe for news alert
Tags: Lanka Dorby, COMESA, IT, ICT