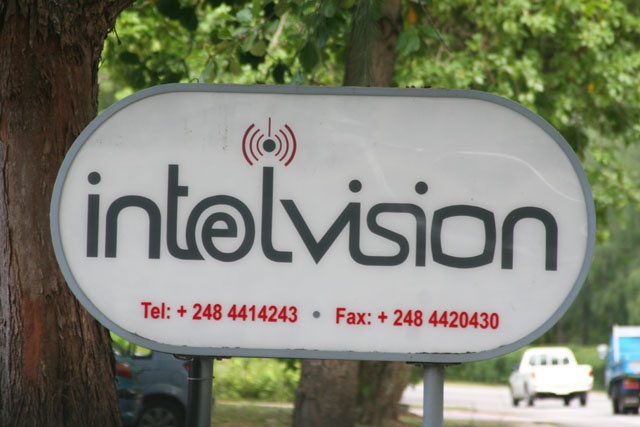 At the beginning of the month, Multichoice Africa-owned DStv channels offered by Intelvision were cut off, including the much-loved SuperSport, something which left customers especially football fans frustrated.

According to an article published at the time in daily newspaper ‘Today in Seychelles’, Intelvision’s chairman, Mukesh Valabhji, confirmed that all Multichoice channels had been cut off to be replaced by “better quality channels,” citing complaints from subscribers about repeated shows.

In an interview with SNA today, Intelvision said new channels had been secured.

“The interruptions clients have experienced was part of a planned upgrade..(..)..New channels have been brought in…(..)…It’s to cater to demand of the clients and to bring in new things,” Intelvision’s legal advisor Laura Valabjhi, who is also the spouse of the chairman, told SNA today that the company is resuming its normal service tomorrow.

“Also, Seychelles does not own a satellite and also our positioning, it depends on the aggregator…(..)…if your aggregator does not get the channels they offered, they propose new channels and they tell us in advance that this will be done.” She added.

According to Valabjhi, Intelvision currently gets content from 6 ‘aggregators,’ but did not specify who they are. TV content aggregators obtain the licensing rights from multiple content providers to resell and distribute through communication channels.

Initially when Intelvision started to offer cable TV channels in Seychelles it had an agreement with South African based provider Multichoice Africa but this agreement ended in 2007.

In an email sent to SNA on Friday May 16, MultiChoice Africa said Intelvision had “continued to rebroadcast MultiChoice Africa’s channels without permission and without a license or authorisation from any of the channel providers.”

Multichoice also said that it had blocked Intelvision from distributing DStv channels on its cable television platform.

According to Caroline Creasy, head of corporate affairs at Multichoice Africa, the decision to block the channels would have no impact on the ongoing court case Multichoice has brought against Intelvision.

“MultiChoice Africa has made several requests and provided notices to Intelvision to cease and desist from distributing their channels as well as followed the required legal processes.  It was only recently that technology became available to block the signal and hence this route was followed,” said Creasy.

Today Laura Valabjhi denied that Intelvision had continued to rebroadcast the channels.

“We have not been transmitting channels provided by Multichoice ever since our agreement came to an end ..(...)..the recent upgrade had nothing to do with that.. (..)..if since 2007 Intelvision has been stealing their programmes, why wait for so long to switch off?” she said.

In November last year Multichoice added another claim to its case before the Seychelles Supreme Court asking for $24 million in unpaid revenue on top of previous demands for an injunction to prevent Intelvision from further downlinking and transmitting its content.

Intelvision has asked for the case to be heard in South Africa rather than in Seychelles, arguing that this is what the agreement they had prior to 2010 had stipulated, in case there was a dispute. Valabjhi told SNA that Multichoice was adamant about this when they were finalizing their agreement at the time.

In its email to SNA, Multichoice said it disagrees with Intelvision’s demand saying it believes the matter can be heard in a Seychelles court.

The Seychelles Supreme Court will rule on whether the case should continue in Seychelles or be moved to South Africa, on July 07, 2014.

IPTV planned by another telecoms provider

Another company is in the process of finalising details to start offering Internet protocol TV (IPTV) in Seychelles. Cable & Wireless (Seychelles) Ltd was given the necessary approval by the Seychelles Department of Information and Communications some 3 years ago and in 2013 the company obtained its license but the project has not materialized yet.

“Cable & Wireless wishes to come out with a quality product that will satisfy both the clients and the company,” Cable and Wireless’ head of Public Relation and Communication, Terry Servina told SNA, without giving the date of launch.