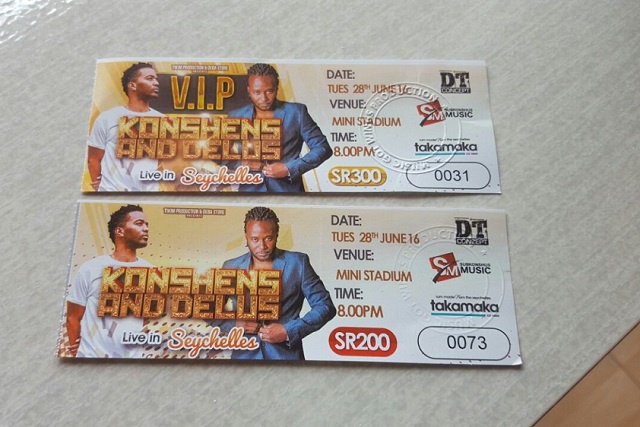 Tickets on sale to Seychellois fans for the Konshens and Delus concert planned for Tuesday June 28. (Seychelles News Agency)

(Seychelles News Agency) - The live performance of Jamaican dancehall artist Konshens in Seychelles is still on schedule, a local organiser said Thursday after reports of the death of the artist’s brother.

Stephen Eliza known as Elijah, who is part of the organising team, told SNA that he has been in touch with Konshens' agent after hearing the news.

Elijah says the programme has not changed although the family and fans in Jamaica are mourning the loss of the artist's brother.

“I can confirm that the show is still on,” says Elijah.

Konshens, whose real name is Garfield Spence, is due to perform in Seychelles, a group of 115 islands in the western Indian Ocean, next Tuesday, the eve of the island nation’s Independence Day.

“Konshens is expected in Seychelles Tuesday morning and this weekend on Saturday, he is performing in Columbia,” Elijah told SNA.

The death of Delus, the older brother of Konshens, who was to be part of the performance in Seychelles, was reported in the media on Wednesday.

According to the Jamaican Observer, “The details surrounding his death are unclear at this time, but it is alleged that the entertainer shot himself at his Havendale, St Andrew home this afternoon (Wednesday).”

Story updated on Thursday at 10.50pm