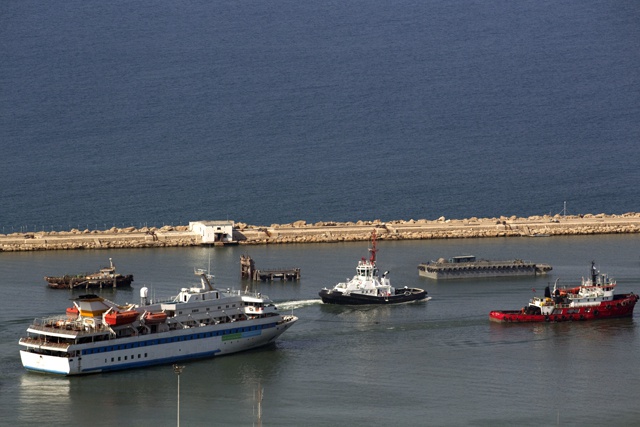 File Photo: Turkish ship Mavi Marmara (L) is tugged by a Turkish tug-boat (R) as it leaves the port in the Israeli coastal city of Haifa on August 5, 2010 on its way back to Turkey. (AFP PHOTO / JACK GUEZ)

The deal will also see the two countries exchange ambassadors "as soon as possible," Yildirim told a press conference in Ankara.

Both sides have been seeking a deal for months in negotiations held in third countries.

Israel has agreed to comply with two key Turkish conditions for a restoration in ties -- an apology for the commando raid on a Gaza-bound aid flotilla, which killed 10 Turkish activists, and compensation.

The deal will allow Turkey to deliver aid to Palestinians living in the Hamas-run territory, Yildirim said.

"To this end, our first ship loaded with over 10,000 tonnes of humanitarian aid will leave for Israel's Ashdod port on Friday," he said.

After the deal is signed on Tuesday, the approval process will start on both countries and the Turkish premier said Ankara would appoint an ambassador to Tel Aviv within weeks.

Asked about a reported Turkish commitment to help prevent Hamas attacks against Israel, Yildirim said: "This is not a ceasefire deal. We reached an agreement with Israel to normalise relations."