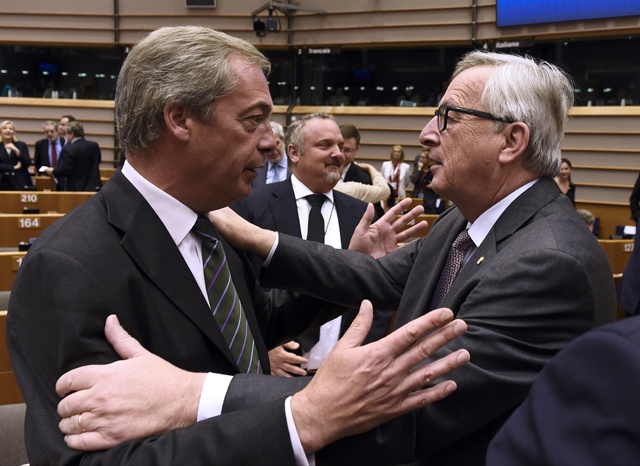 "I will see the prime minister later this morning... to ask him to clarify the situation as rapidly as possible. We cannot get into a period of extended uncertainty," Juncker told the European Parliament, adding: "No notification, no negotiation".

Following Thursday's referendum in which a majority of Britons voted to leave the European Union, London has to invoke the so-called Article 50 of the Lisbon Treaty, starting the clock on two years to negotiate the terms of the exit.

But Cameron, due in Brussels later Tuesday for probably his last summit of EU leaders, has said that London will not take this step yet, saying on Monday that Britain needs first to "determine the kind of relationship we want with the EU."

Juncker however, echoing the leaders of Germany, France and Italy after their meeting in Berlin on Monday, said that there could not even be informal discussions until London has formally filed for divorce from the 28-nation bloc.

"It cannot be that people now secretly seek to start negotiations," he said. "It is we who must decide what happens, not just those who wish to leave the European Union."

Heckling Juncker in the European Parliament at one point in his speech was Nigel Farage, head of the UK Independence Party and a key "Brexit" proponent -- and an MEP.

"I am really surprised you are here," Juncker said. "You are fighting for the exit -- why are you here?"

"It's a pleasure," Farage retorted.