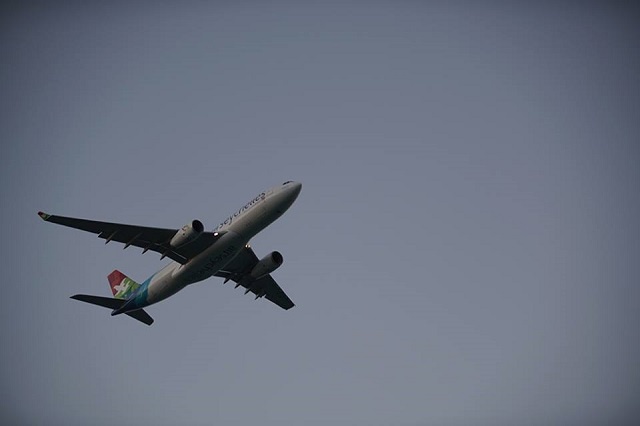 For the first time there was a fly-over from Air Seychelles using its largest Airbus at the independence day celebration. (Mervyn Marie, State House)

(Seychelles News Agency) - Seychelles celebrated its 40th independence Wednesday in a ceremony highlighted by a fly-over from Air Seychelles -- a first for the national airline and a display from Chinese performers.

To commemorate the country’s 40 years of independence, local organisers had promised a more spectacular ceremony this year.

Two Twin Otters and one Airbus 330 carried out the fly-over while flown by Seychellois pilots. The airplanes flew at the lowest altitude possible over the Stad Linite on the eastern coast of Mahe where the official ceremony took place.

The ceremony started with three helicopters carrying the Seychelles national flag which was then hoisted as the crowd sang the national anthem ‘Koste Seselwa’.

Parachutists from Reunion followed with flags of the countries participating in the event and this year -- China, Britain, France, India and Mauritius.

The parade is customary every year, followed by the presidential address. New this year were two platoons of veterans aged 55 to 81.

Police officers from Mauritius and military officers from France, Britain and India were also among the 29 platoons participating in the parade.

After the military parade there were performances focused on traditional songs

Three choirs -- the national choir, the school choir and the Our Lady choir from the southern district of Anse Boileau -- sang patriotic songs.

Another well known number which spectators sang along with and waved their flags to was one by veteran artist Parick Victor -- ‘O mon pei,’ meaning 'Oh my country.'

After the musical performance, the ceremony saw a spectacular display from Chinese performers of the Province of Henan in central China.