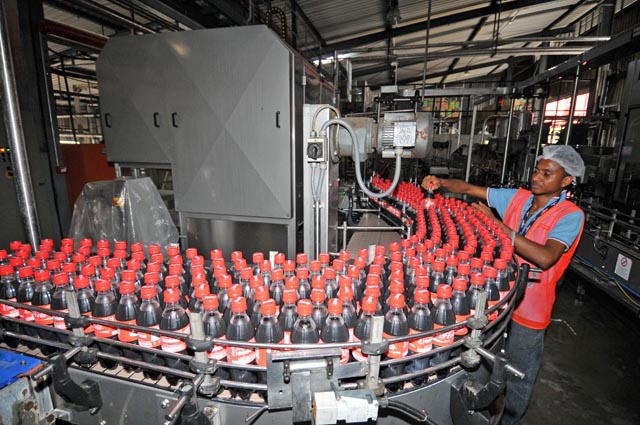 (Seychelles News Agency) - Seychelles Breweries Limited (SBL) has been listed on the island nation's stock exchange, a move that gives shareholders more value, provides a performance indicator for the business and supports the Seychelles economy, the company's managing director said.

SBL was officially listed on the Seychelles’ only stock exchange, Trop-X located at Eden Island, at 10 am on Thursday. The company’s shareholders gave their final approval to the decision during its annual general meeting earlier this year.

“It’s a well-known fact that actually shares are undervalued if they’re not listed on the stock exchange, so just by listing we hope to materialize some of that value for our shareholders. It also offers them significant flexibility to be able to trade buy and sell shares,” said Nick Cook, the company's managing director.

The largest beverage company operating in the 115-island archipelago in the western Indian Ocean did not have any initial shares on offer. It will now be up to the 1,369 shareholders holding some 12.6 million stocks in the company to start trading through bids and offers.

Cook said the decision is not about raising capital or changing the structure of the business.

“The fact that there isn't trading at the moment it will mean that the value will continue to increase until people see a value at which they want to sell their shares. I think the action will start, it’s just when that value comes at the right value at which people want to sell,” Cook said.

Commenting on whether such return can be deemed a worthy investment, Cook said the company has had a difficult year thus far and that much effort had been done to rectify the company’s situation.

Seychelles Breweries had to invest some $6.3 million to ensure the quality of its products earlier this year after an equipment malfunction forced the brewery to temporarily halt its production.

Seychelles Breweries is the only mass-production brewery and one of the largest company in Seychelles producing soft drinks and alcoholic beverages, including its signature beer, Seybrew. It has become the fourth local company to be listed on Trop-X exchange, which has been in operation since 2013.

Trop-X’s chief executive Bobby Brantley explained that with Seychelles being a small market it’s been a long process to initiate and educate businesses and shareholders on what a stock exchange does and what it takes to be listed and that after three years quite a few companies are starting to take an interest.

“A lot of the companies have to restructure their whole governing structure; they have to move from preparing accounts on Seychelles’ standard to international standards. These are major steps for lots of companies so it takes a while for them to do so,” said Brantley.

According to Brantley there is a lack of investment opportunities in Seychelles where Trop-X has witnessed more demand to buy listed shares than there are available to sell.

“This should be something that actually encourages more companies to come forward and list because I think we have plenty more buyers out there to take up shares in more companies that list. Once you have more companies listed what you tend to find is people would like to balance their portfolio,” he added.

According to Trop-X there are at least two other local companies in the pipeline to list on the stock exchange in the next 12 to 18 months.

The company also has a regional and international focus. A South African-based entity is already among its five listings alongside the four local companies.