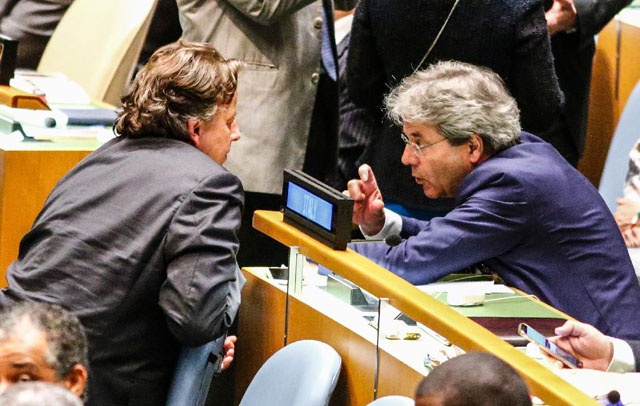 (AFP) - The UN General Assembly on Thursday elected Italy to the Security Council under a deal that will see the Netherlands take over the seat in a year.

The two countries agreed to split the two-year term on the council after five rounds of voting earlier this week ended with a tie.

Under the deal, Italy will take up the seat on January 1 and then make way for the Netherlands to take over in 2018.

The arrangement is rare but not unprecedented at the United Nations.

The last split term was in 1964-65 between what was then Czechoslovakia and Malaysia.

Italy was elected with 179 votes in the General Assembly, which has 193 member states.

During elections on Tuesday, Kazkahstan was elected to the council for the first time along with Bolivia, Ethiopia and Sweden.

The newly-elected countries will take their place alongside the five permanent council members -- Britain, China, France, Russia and the United States.

The other five non-permanent members are: Egypt, Japan, Senegal, Ukraine and Uruguay.