Seychelles gets $ 6.5 million loan for infrastructures from BADEA 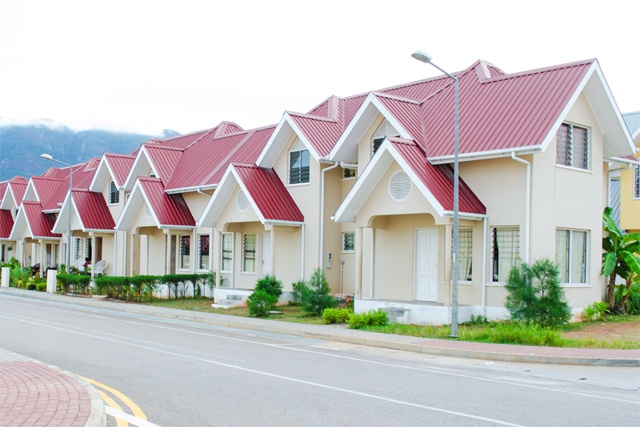 Some of the completed units at Ile Perseverance (Glenn Pillay, Seychelles News Agency)

(Seychelles News Agency) - Seychelles has secured a $ 6.5 million loan from the Arab Bank for Economic Development in Africa (BADEA), the Seychelles Ministry of Finance, Trade and Investment has said in a press statement issued this morning.

The money will be used to finance the second phase of the provision of utilities and infrastructure building for the Ile Perseverance housing project, the largest social housing project undertaken by the Seychelles government on a reclaimed island next to the main island of Mahe.

The loan agreement was signed on Tuesday May 20, in Kigali, Rwanda by the Seychelles Minister for Finance, Trade and Investment Pierre Laporte and the Director General of BADEA, Abdelaziz Khelef, in the margins of the Annual meeting of the African Development Bank.

The Ile Perseverance housing project will see a total of 2000 housing units built, out of which some 850 should be completed by the end of this year.

BADEA and OPEC Fund for International Development (OFID) provided the Indian Ocean island nation with a first loan to undertake the first phase of the building of necessary infrastructures so that residents can move into the completed units on the reclaimed land.

Now the $6.5 million will allow the second phase of infrastructure building to start.

Speaking to SNA this morning, the Principal Secretary for Project Planning and Implementation at the Seychelles Ministry for Land Use and Housing, Yves Choppy said the ministry is finalising the designs to be able to start the tender process so that the building of the different infrastructures can start early next year.

“This component of the building of the infrastructures will take 2 to 3 years to be completed …..it comprises of the provision of water, electricity, sewage and road,” said Choppy.

“There is also provision to have a berthing area inside the island, to support the socio economic aspect of the development and to cater for the needs of residents involved in sea related activities who come to live at Ile Perseverance.”

With regards to the housing component, currently some 300 units are being built per year, as the projects is dependent on the availability of funds made available by the government for Capital expenditure each year.
“If we continue at this pace we expect that the entire housing project will be completed in three to four years time but if we get other sources of funding for housing projects the duration came be shortened,” says Choppy.

The whole project is costing some $ 82 million.

Other bilateral discussions in the margins of the AfDB meeting

The statement issued by the Ministry of Finance Trade and Investment says that during discussions with BADEA officials while in Kigali, the Seychelles finance minister spoke about possible funding for a project to have a 33KV transmission and distribution electricity network for the southern region of the main island of Mahé.

“With the Kuwaiti fund discussions centred on a number of key projects, namely a new School of Agriculture and the La Rosière school renovation project. Discussions with the Indian Exim Bank focused on measures to speed up disbursement of funds already approved, including the $10 million credit line through the DBS,” reads the statement.

Laporte is Rwanda attending the annual meeting of the African Development Bank from May 19-23, the AfDB which is celebrating its 50th anniversary this year under the theme "The Next 50 years: The Africa We Want".

"Maximizing Africa's Blue economy" was the theme of a special session where Laporte was invited to speak as part of a panel of high-level speakers.

According to the statement, the session addressed issues on the way forward and recommended critical actions required for Africa to maximize and grow its blue economy taking into account the effects of marine pollution, overfishing and climate change whilst encouraging investments.