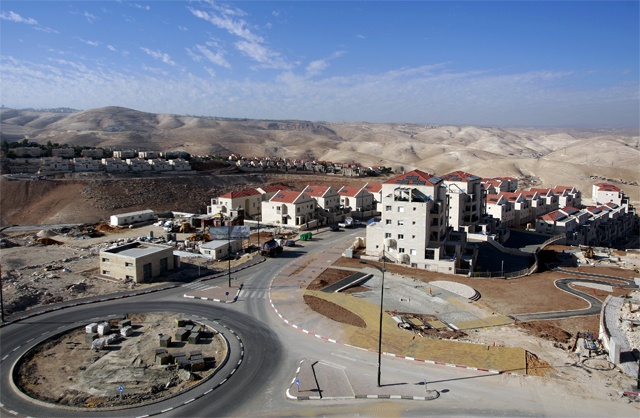 (AFP) - Israel has approved 560 new homes for the West Bank settlement of Maale Adumim, a spokesman for the settlement said Monday, in a move likely to further raise tensions following a series of Palestinian attacks.

The Maale Adumim mayor was on Sunday night officially informed of the decision by Prime Minister Benjamin Netanyahu and Defence Minister Avigdor Lieberman to allow the planning of the homes in the settlement east of Jerusalem, the spokesman told AFP.

The decision follows calls among Israelis for a harsh response to a series of Palestinian attacks against Israelis in recent days.

According to media reports, Netanyahu also gave approval for the planning of 240 new homes in east Jerusalem settlement neighbourhoods, as well as for 600 units for Palestinians in the city's Beit Safafa district.

The offices of Netanyahu and Lieberman refused to comment on the reports of the approvals for homes in east Jerusalem or Maale Adumim.

Recent attacks have included Thursday's fatal stabbing of 13-year-old Israeli-American Hallel Yaffa Ariel in the settlement of Kiryat Arba on the outskirts of the West Bank city of Hebron.

She was killed by a 19-year-old Palestinian, who was then shot dead by a security guard.

A day after Thursday's attack, 48-year-old Israeli Michael Mark was killed after his car was fired on by a suspected Palestinian gunman south of Hebron.

Israel on Friday announced a lockdown in Hebron and a reduction in monthly tax payments to the Palestinian Authority after the attacks.