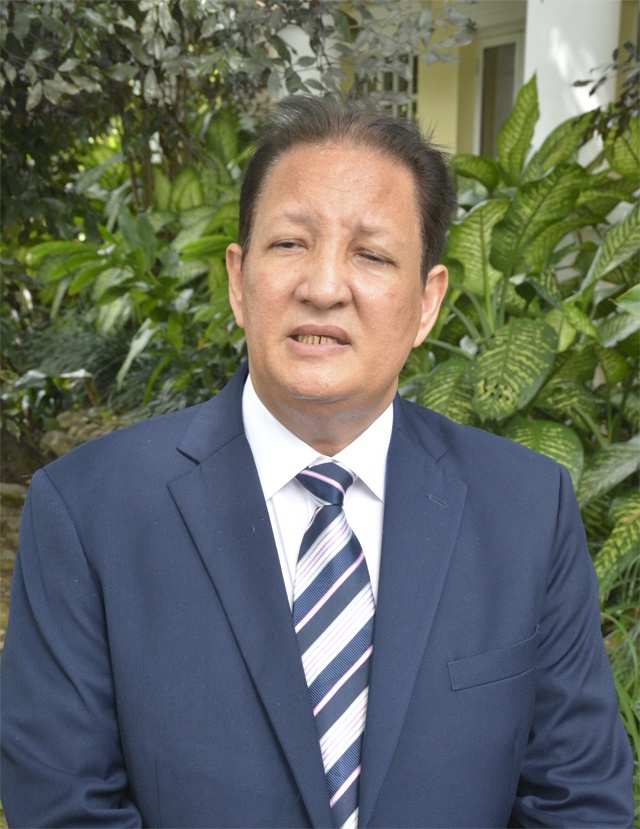 (Seychelles News Agency) - Seychellois Peter Larose says he feels proud and privileged to represent Seychelles at the World Bank as the Executive Director of one of the bank’s Africa Group overseeing 22 countries.

“During my two-year tenure, I have ensured that the 22 countries under my responsibility were well represented. And coming from the smallest constituency I did my best to ensure Seychelles’ flag flies high,” Larose said on Tuesday.

He was speaking in the Seychelles capital, Victoria, as he tours all of the countries under his responsibility ahead of the coming to an end of his two-year mandate later this year.

He met with President James Michel at State House where discussions focused on how the 115-island archipelago in the western Indian Ocean can be further represented at the World Bank.

“Seychelles’ relationship with the World Bank has been excellent so far, and the president and I discussed ways on how to further this relationship,” Larose told journalists.

The discussions he had with President Michel also focused on the island nation’s social and economic developments.

“Seychelles has also made great strides in its social and economic developments despite certain shortcomings, and these achievements are acknowledged and recognized internationally, especially by the World Bank,” said Larose.

The World Bank’s Executive Director of the Africa Group 1 constituency also commented on Seychelles’ ranking by World Bank as a high-income country.

“I think the country has the potential to do better in future and be more prosperous especially with its development programme, -- vision 2030,” he said, adding that Seychelles’ vision in line with that of the World Bank, aimed at eradicating extreme poverty and promoting shared prosperity by 2030.

According to the World Bank’s latest list of high income economies published July 1, Seychelles has maintained its high income status achieved in 2015.

According to the international financial institution Seychelles which embarked on a macro-economic reform programme in 2008 has an average gross national income per capita level of $12, 736 or more.

Larose became the Executive Director of the Africa Group 1 Constituency at the World Bank Group in November 2014 for a two-year period. Now that his mandate is coming to an end come October 2016, Larose said that he has also discussed his professional future with President Michel,

It was in September 2008 that Larose joined the World Bank Group and he has served in several posts.

His next stop on his tour of the African countries under his responsibility is Sierra Leone before proceeding to Liberia.