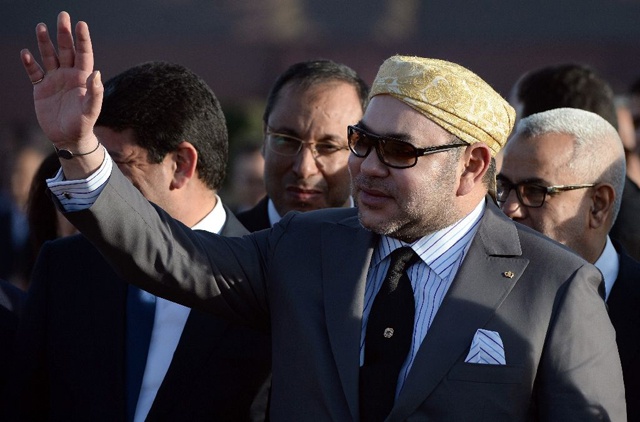 (AFP) - Morocco wants to rejoin the African Union, 32 years after quitting the bloc in protest at its decision to accept Western Sahara as a member, King Mohammed VI said Sunday.

Morocco maintains that Western Sahara, a former Spanish colony, is an integral part of the kingdom even though local Sahrawi people led by the Polisario Front have long campaigned for the right to self-determination.

"For a long time our friends have been asking us to return to them, so that Morocco can take up its natural place within its institutional family. The moment has now come," the monarch said in a message sent to an AU summit taking place in Kigali, the MAP Moroccan news agency reported.

Morocco has occupied the sparsely populated Western Sahara area since 1975 in a move that was not recognised by the international community.

Morocco quit the AU in protest in 1984 when the Sahrawi Arab Democratic Republic (SADR) was admitted as a member.

But although Morocco left the club, "it never quit Africa", King Mohammed said in his message to AU leaders as they began a two-day meeting in the Rwandan capital.

"Through this historic act and return, Morocco wants to work within the AU to transcend divisions," he added.

In 1991, the United Nations brokered a ceasefire between Moroccan troops and Sahrawi rebels of the Algerian-backed independence movement the Polisario Front but a promised referendum to settle the status of the desert territory has yet to materialise.

Earlier this year Morocco expelled several UN staff members who were part of the MINURSO mission in Western Sahara in angry retaliation over UN Secretary General Ban Ki-moon's use of the term "occupation" to describe the status of the territory.

In his address to the African Union, King Mohammed urged the bloc to rethink its position on the "phantom state" of Western Sahara, saying that a political solution was being worked on under the auspices of the UN.

"The recognition of a pseudo state is hard for the Moroccan people to accept," he said.

The SADR is not a member of the UN or the Arab League, the king went on to note, adding that "at least 34 countries" do not recognise it.

"On the Sahara issue, institutional Africa can no longer bear the burden of a historical error and a cumbersome legacy," the monarch said.

Morocco's return to the AU would need to be validated by a vote.