Adam Moosa: The man behind a landmark building in the Seychelles’ capital 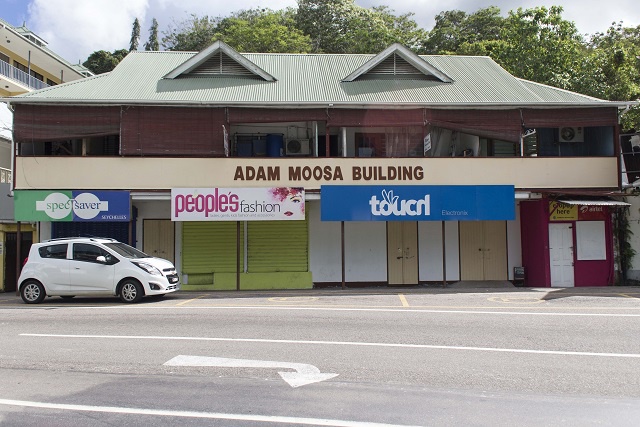 (Seychelles News Agency) - The Adam Moosa building in the Seychelles’ capital Victoria is a well-known landmark to residents. How many know the story behind the colonial style building owned by one of the oldest family in the Seychelles?

SNA met with the grandson of Adam Moosa, Ayub Suleman Adam, to learn more about the business and his ancestor.

Adam Moosa was born in Gujarat, India. Coming from a not-too-well-off-family, Moosa left home in his early 20s for Mauritius, where he did odd jobs to survive.

When a friend passed away, Moosa had no reason to stay in Mauritius and asked a captain to let him work on his ship in return for a trip to the next destination -- the Seychelles islands.

In 1912, he moved to Mahe to run a shop belonging to Merwanjee, who had to travel to India to attend to family business.

Merwanjee’s shop stood where the Temooljee is today. With enough savings made, Moosa opened his own business in 1914 – the ‘Adam Moosa General Merchant’ in Victoria.

The company was the only one selling Phillips products and introduced the Philips television brand on the local market.

“Adam Moosa used to order all its goods from the United Kingdom and that's why people used to buy them because they were of good quality,” said Ayub.

“The whole vanilla plantation of Cote d'Or on Praslin belonged to Adam Moosa. We bought copra and cinnamon from suppliers,” said Ayub, adding that, “We were somewhat like the STC Supermarket at that time.”

With no banks in the islands in the 1950s and 1960s, Adam Moosa General Merchant represented the National and Grindlays Bank Ltd. of London.

With the high level of competition in business today and children moving to other fields of interests, the owners had little choice but to rent ‘Adam Moosa Building’ in 2010.

“Our children didn't want to carry on doing the business. Some became pilots, others doctors, pharmacists,” said Ayub.

Although renovation works have been done on the building in 1993, the architectural design of colonial period has been saved.

Ayub said that the Minister of Culture at the time, Patrick Pillay, congratulated him on the decision to keep the building the same.

On the development in the Seychelles’ capital, Ayub says it has changed greatly over the years.