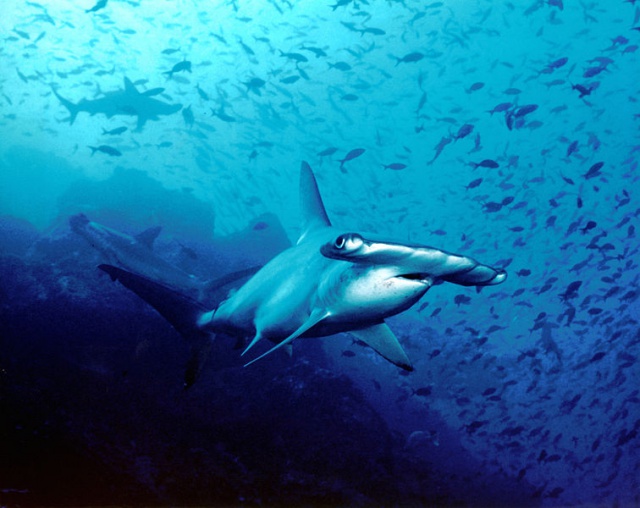 (Seychelles News Agency) - The British Virgin Islands in the Caribbean sea have declared the exclusive economic zone (EEZ) of the islands as a protected sanctuary for shark species.

On Thursday, the Cabinet of the British territory introduced a ban on commercial fishing of all shark species, which would cover an area of 80,117 square kilometres of its EEZ within the 60 islands of the archipelago.

According to the Associated Press, Kedrick Pickering, the islands' Deputy Premier and Minister for Natural Resources, said at a conference in Belgium that the loss of sharks disrupts the ‘predator-prey balance, compromising the health of oceans and reefs and the survival of other marine creatures.’

"The best way to manage their populations is to let them fulfill their ecological role as apex predators," Pickering said.

British entrepreneur and celebrity Richard Branson of the Virgin Group, who is a resident of the Virgin islands, welcomed the announcement on Friday.

“Delighted the British Virgin Islands has established a permanent shark and ray sanctuary. This is a big step forward for conservation in the region and can be a catalyst for further protection of these beautiful species,” said Branson on the Virgin Group website.

He had lobbied Caribbean governments for stricter protections of sharks and rays and had hosted a conference last year, where several regional governments promised to establish shark protection zones by May 2015.

BVI, Honduras and the Bahamas are first governments in the Americas to declare shark sanctuaries.

Shark fishing has grown in recent years due to the demain for shark fin soup from Asian markets.

It is estimated that roughly 100 million sharks are killed each year in commercial fisheries around the globe.