Last month was hottest June on record: US scientists 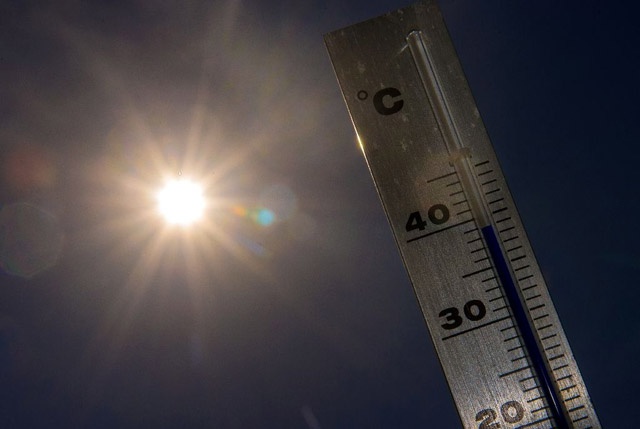 (AFP) - Last month was the hottest June in modern history, marking the 14th consecutive month that global heat records have been broken, the US National Oceanic and Atmospheric Administration said Tuesday.

"The globally averaged temperature over land and ocean surfaces for June 2016 was the highest for the month of June in the NOAA global temperature dataset record, which dates back to 1880," the agency said in a statement.

"This marks the 14th consecutive month the monthly global temperature record has been broken, the longest such streak in the 137-year record."

The report, issued each month by NOAA, also said the global temperature for the first six months of 2016 was the hottest on record.

NOAA also spoke about what it calls the "monthly temperature departure" or record spikes in heat. It said 14 of 15 of these spikes have occurred since February 2015, signaling that global warming is accelerating.

The planet's average land temperature in June was 2.23 degrees Fahrenheit higher than the 20th century monthly average, tied at an all-time record for June that was struck last year.

The land temperature also hit a record high for the first six months of the year.

The average sea surface temperature was 1.39 degrees Fahrenheit above last century's monthly average. That marked the hottest June and the hottest January-June period on record.

Experts say global warming is at least partially to blame for a number of environmental disasters around the world, from the bleaching of the Great Barrier Reef off Australia to wildfires raging across Canada.

Last year marked the hottest on record, beating 2014, which previously held the title.

With 14 months in a row now setting records for heat, 2016 -- now half over -- is on track to be another scorching year.

NASA climatologist Gavin Schmidt said that while the high temperatures are in part tied to the El Nino weather pattern -- related to warm waters in the Pacific Ocean -- around 60 percent comes from "other factors, including the very strong Arctic warming."

As El Nino ends this year, the Pacific cooling trend known as La Nina is set to begin, and 2017 will likely not break records as this year has so far, Schmidt said.

But year-to-year ups and downs are less important for climate scientists than overall trends, he emphasized.

"One year being warmer and one year being cooler is not really relevant, because the big impact from increased temperatures are from sustained increase of temperatures," the climatologist said.

"The trend will continue."