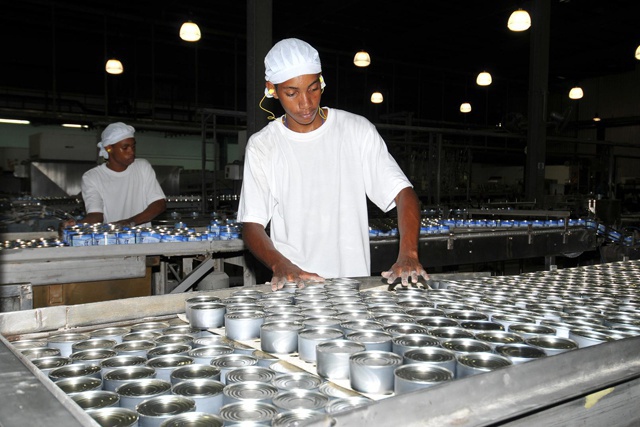 (Seychelles News Agency) - Should the UK exit from the European Union the impact on Seychelles would be more on the economic side than the political, the island nation’s authorities have said.

Seychelles Minister for Foreign Affairs Joel Morgan delivered a statement in the National Assembly on Tuesday detailing the immediate, mid-term and long-term implications of the so-called Brexit on the 115-island archipelago in the western Indian Ocean.

Morgan said the country’s small size makes it vulnerable to external shocks hence the need to evaluate the impact of changes in the politics of countries that are considered strategic partners.

Economic assistance, tourism -- given that Europe is the Seychelles' main market -- and trade, especially in the fisheries sector, are among the areas of cooperation which exists between Seychelles and the UK as well as with the EU in general.

Minister Morgan said it is possible to see a reduction in financial contributions given to developing nations such as Seychelles through the European Development Fund (EDF), with the UK being its third-largest contributor.

“Although EU countries have committed themselves to fund the 11th  EDF until 2020 discussions are already underway to decide what kind of relationship will exist after 2020,” said Morgan.

“Taking into account that the agreement will exist until 2020, there is a possibility that the UK will not be contributing towards the fund, which will mean a considerable reduction in the financial resources available. This will mean less assistance for benefiting countries especially those in the high-income category,” he added.

Seychelles’ fisheries, agriculture, education, energy, environment and water sectors have all benefitted from the European Development Funding amounting to some 46.4 million euros to date.

The island nation’s government is not envisaging any direct impact on further funding until 2020 with the EU having already committed 2.2 million euros to Seychelles for the next four years and 1.3 billion euros towards regional organizations which the island nation belongs to.

Going beyond 2020, Morgan said that regional bodies such as the Indian Ocean Commission, Southern African Development Community (SADC) and the Common Market for Eastern and Southern Africa which rely on EU contributions might have to review their activities.

On trade, the Foreign Affairs Minister does not foresee the Brexit having any immediate impact on the economic partnership agreement signed with the European Union in 2008, which allows Seychelles’ products to be exported to EU countries on a duty free and quota free basis.

“Until that time the UK signs Article 50 to leave the EU there will be no change in trade between Seychelles and the UK,” Morgan said.

UK is Seychelles’ second-biggest market (36 percent) for canned tuna produced by the Indian Ocean Tuna company, one of the largest tuna canneries in the world.

The UK has two years to negotiate its exit from the EU. Therefore Morgan implied that there is a possibility that the economic partnership agreement between the EU and Seychelles will not be applicable between Seychelles and UK.

“We will therefore need to negotiate a new agreement with the UK as it is one of the Seychelles’ exporting market for tuna.”

Addressing the issue of bilateral cooperation which has existed between the two countries since Seychelles gained independence from Britain in 1976, Morgan said: “Taking into account our historical link and the Commonwealth values I am confident that the Brexit will not affect our political relationship.”

Although Seychelles does not perceive any impact on the Commonwealth, he said the country will continue to monitor the situation closely.

In a referendum last month on the issue known as Brexit, a majority of voters – 52 percent -- were in favour of the UK’s exit from the European Union. This has led to great uncertainty on the financial markets as well as on the political scenes.

For the UK to leave the EU it has to activate Article 50 of the Lisbon Treaty to notify the EU council of its decision.

It is believed that negotiations with the remaining members for the UK to quit to EU are meant to be completed within two years although some believe it will take longer.