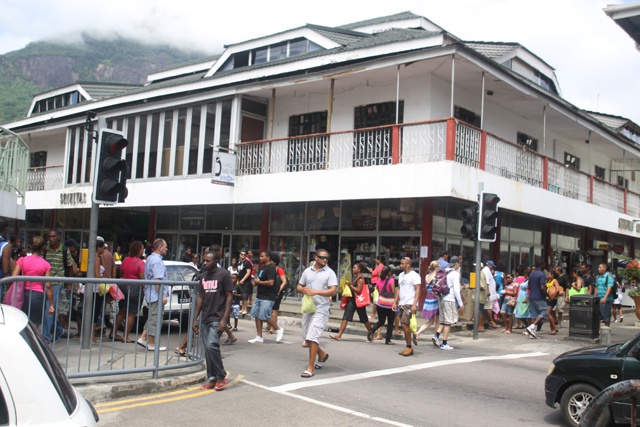 People going about their daily business in the Seychelles capital, Victoria. Seychelles has welcomed the African Gender Scorecard Award received from the African Union since the disparities between men and women are being addressed in the island nation for the past four decades. (Joe Laurence, Seychelles News Agency)

(Seychelles News Agency) - Seychelles has received the African Gender Scorecard Award by the African Union (AU) in recognition for its progress made in economic rights for women.

The Seychelles’ head of delegation, also the Secretary of State for Foreign Affairs Barry Faure, said the award is very much welcome since the disparities between men and women are being addressed in the island nation for the past four decades. The award was given at this week's AU summit in Kigali, Rwanda

“Seychelles for one would never be where we are today without our women. The disparity between men and women has been greatly reduced and today men and women enjoy a level playing field,” said Faure, adding that: “However we do not want to stagnate at the level that we have reached, we have room to improve further.”

The African Gender Scorecard Award was introduced by the African Union at the AU’s summit for heads of state in 2015, to recognise the good progress made by member countries.

In a study initiated by the Indian Ocean Rim Association in 2015, the findings said Seychelles, a group of 115 islands in the western Indian Ocean, has a high percentage of women in management roles and women starting up new businesses.

Faure said that Seychelles Gender Secretariat within the Ministry of Social Affairs has embarked on activities not only to promote the rights of women but also educate women on their rights:

“We anticipate the imminent launch of our first National Gender Policy, a document which will give new impetus to the efforts being undertaken towards the empowerment of women,” he added.

AU’s summit this year was done under the theme ‘2016: African Year of Human Rights," with a particular focus on the rights of women.

One of the key decisions that emerged from the summit was to introduce a 0.2 percent tax on eligible import goods to raise financial resources to enable the African Union to become self-sufficient and less reliant on external funding from non-African partners.

The summit, however, failed to elect a new chair as the election process stalled at the first vote.Meanwhile Seychelles' delegation had submitted Seychellois Antoine-Marie Moustache as a potential candidate for the post of Commissioner for Rural Economy and Agriculture. Elections are now due in January 2017 and the process has  re-opened for new candidates.