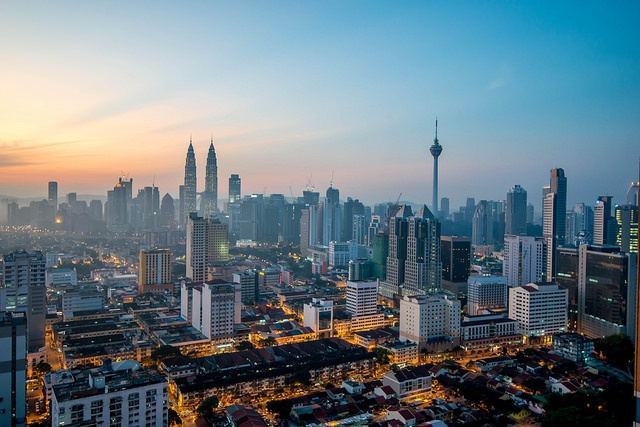 File Photo: Kuala Lumpur at dawn. 1Malaysia Development Berhad was set up in 2009 by the country's Prime Minister Najib Razak to boost Malaysia’s economy by turning the capital, Kuala Lumpur, into a financial hub. (Jorge Láscar/Flickr) Photo License: (CC BY 2.0)

In a press statement, the FIU said it is believed that “while the non-financial services sector was abused, the anti-money laundering framework in Seychelles was robust and protective enough to have deterred the abuse of our financial system in this instance.”

1Malaysia Development Berhad was set up in 2009 by the country's Prime Minister Najib Razak. The aim was to boost Malaysia’s economy by turning the capital, Kuala Lumpur, into a financial hub.

A scandal erupted in early 2015 after the company missed payments for some of the $11 billion owed to banks and bondholders.

Aside of a graft scandal surrounding the Malaysian Prime Minister, a number of international money laundering probes were initiated in several offshore jurisdictions including Hong Kong, the US, Singapore, Luxembourg, the UAE and Seychelles.

While reporting that no funds from 1MDb were laundered in Seychelles, the FIU confirmed that investigations identified eleven offshore companies registered in Seychelles which it believes may be linked to this matter.

“All of the companies were incorporated by an offshore company incorporations office managed by a local company service provider (CSP). The incorporation requests originated from an intermediary in Singapore,” reads the FIU statement.

Responding to questions from SNA on Friday, an FIU spokesperson explained that once incorporated in Seychelles the companies appear to have been used to open bank accounts in other jurisdictions.

“Then the alleged misappropriated funds were transferred from the fund to these bank accounts. This means that the money flow did not come through Seychelles but that when international investigators trace the money flows, the beneficial ownership of the bank accounts leads back to Seychelles offshore companies. This unfortunately creates a negative perception of Seychelles.”

Asked about whether this means the end of the investigation in Seychelles, FIU said the probe is very much ongoing as new information is derived each week.

“Seychelles is a signatory to a number of UN Conventions, Treaties and Information exchange protocols which commit us to investigating transnational crime and providing information to other jurisdictions. We believe that case will see more developments,” the spokesperson said to SNA.

“The regulators and law enforcement in Seychelles are conducting an analysis of this case and there will likely be recommended outcomes for consideration by the Attorney General and the government.”

It is alleged by the US Department of Justice that some $3.5 billion was defrauded from IMDB. And the US announced moves on Wednesday to seize assets worth more than $1 billion, ranging from plush properties to a private jet, from people believed to be connected to the Malaysian Prime Minister.

Another jurisdiction that has taken action is Singapore which in May ordered the shutting down of Swiss bank BSI for breaking its money-laundering laws in its dealings with 1MDB.

The country has come under the spotlight on a number of occasions including the recent Panama Papers scandal, as there are increased global efforts to clamp down on money laundering and the so-called use of tax havens.

The country’s authorities however maintains that a number of regulations have been put in place and continues to be enforced to ensure that such illegal activities do not go undetected.

In 2013, the OECD rated Seychelles as non-compliant in two areas in the Global Forum on Transparency and Exchange of Information for Tax Purposes.

Seychelles’ efforts to comply with the widely-recognised Organisation for Economic Co-operation and Development (OECD)’s regulations on the sharing of tax information led the island nation’s jurisdiction to be rated ‘largely compliant’ in February 2015.

Seychelles is also a member of the Multilateral Convention on Exchange of Information and opted for the early adoption of new standards in automatic exchange of information between countries developed by the OECD.