Indian air force says plane goes missing with 29 on board 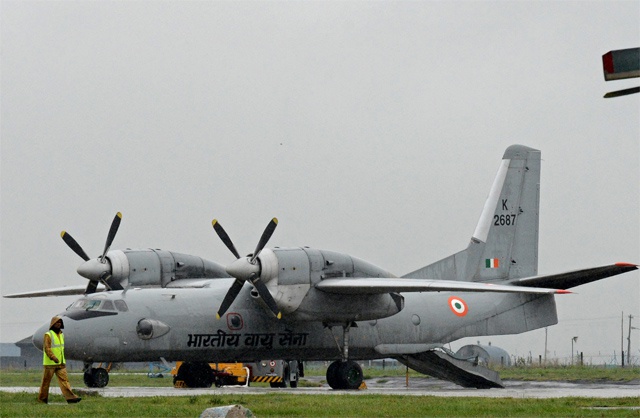 This file photograph taken on September 6, 2014, shows an Indian air force AN-32 transport aircraft at an air force base in Srinagar. (TAUSEEF MUSTAFA / AFP)

"A search operation is on. The plane was airborne at 8:30 am (0300 GMT)and was supposed to land at Port Blair at 11:30," Wing Commander Anupam Banerjee said.

The last contact with the plane, which was carrying service personnel and six crew members, was made around 15 minutes after take-off from the southern Indian city of Chennai, the spokesman said.

Surveillance aircraft and navy and coastguard ships have begun searching for the Russian-built AN-32 military transport aircraft, which is believed to have disappeared over the Bay of Bengal.

The Press Trust of India news agency reported AN-32s can fly for four hours without refuelling.

Last year, an Indian Coast Guard plane crashed south of Chennai, killing all three on board.