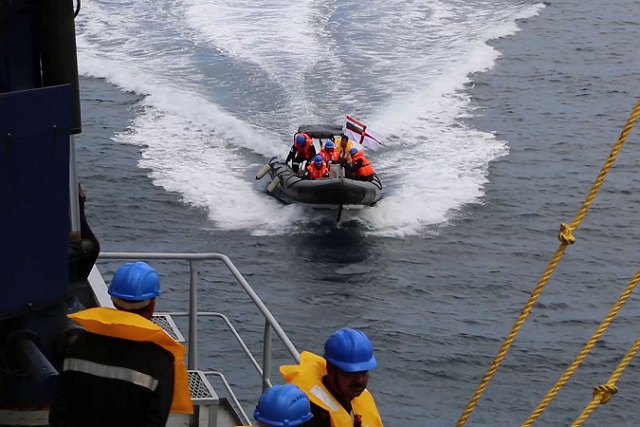 Some 65 member states from Africa and the Indian Ocean participated in a regional and inter-regional workshop on Search and Rescue (SAR) in Seychelles. (SCAA)

(Seychelles News Agency) - Seychelles needs to have search and rescue legislation in place as soon as possible to formalise such operations, experts participating in an inter-regional workshop said.

A search and rescue officer at the Seychelles Civil Aviation Authority (SCAA), Dominic Savy, said such legislation would enable a proper structure to be put in place to coordinate operations which will include a rescue committee and a national plan.

“At present, we have a very good understanding with all local agencies involved in search and rescue, but legislation will formalise the agreements to make them more binding,” Savy said.

According to Savy, operations are presently coordinated by one person at SCAA.

“We need a national body with key stakeholders that will be able to take decisions and execute them promptly during an accident,” he said, adding that a draft document is being developed and expected to be ready in two months.

The recommendation was made at the regional and inter-regional workshop on Search and Rescue (SAR) in Seychelles, an archipelago in the western Indian Ocean, hosted by the local aviation authority.

It forms part of the International Civil Aviation Organisation’s aim to develop a more strategic approach and coordinated assistance between states especially around the African and Indian Ocean rim.

Around 65, member states from Africa and the Indian Ocean participated, including four from the seven offices of the International Civil Aviation Organisation (ICAO) -- East Africa, West Africa, Middle East and Asia-Pacific.

David Labrosse, regional officer for air traffic management search and rescue with the ICAO office in Nairobi, told SNA that although member countries are required to test preparedness plan regularly, some of them neglect to do so.

Labrosse said the industry focuses on safety, and travelling by air is heavily regulated.

“ICAO maintains that countries have trained personnel, right equipment for search and rescue and should test their system regularly to ensure it works in the event of a disaster,” he added.

During the workshop, participating countries renewed an agreement on search and rescue, which gives their commitments to assist in any missions involving aircraft in the region.

“It’s a gentleman’s agreement, an understanding that any country requesting help should be assisted promptly,” said Labrosse.

A simulation exercise was carried out. A Twin Otter plane from Desroches Island was said to have encountered mechanical problems on its way to the main island and fell into the sea off the northern coast of Mahe.

The exercise was to test the response and preparedness of local agencies including the Seychelles Coast Guard, maritime safety authority and other supporting agencies in disaster management.

An Indian naval ship in the region was also contacted to take part in the simulated rescue mission.

Labrosse said that after the meeting, ICAO will closely monitor all participating countries to ensure they implement the recommendations.