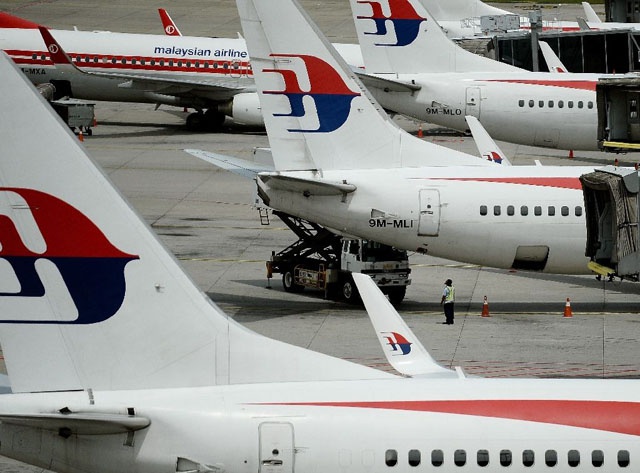 (AFP) - The pilot who flew missing Malaysia Airlines flight MH370, which is believed to have gone off route and crashed in the Indian Ocean, conducted a simulation of a similar path just weeks prior, New York magazine reported.

Zaharie Ahmad Shah, the highly respected airman at the helm of the plane, used an elaborate home-built flight simulator to steer himself over the Strait of Malacca and into the remote southern Indian ocean, a course with striking resemblance to the route MH370 is believed to have taken.

The finding, which casts a shadow of suspicion over the 53-year-old pilot, was published Friday by New York magazine, which obtained a confidential document from Malaysian police investigating the incident.

According to the document, the FBI recovered deleted data points from the flight simulator on Zaharie's hard drive.

"We found a flight path, that lead to the Southern Indian Ocean, among the numerous other flight paths charted on the flight simulator, that could be of interest," the document said, according to New York magazine.

Although the paths are similar, the simulated flight's endpoint is located some 900 miles (1,450 kilometers) from the area where the plane is believed to have gone down.

The Boeing 777 vanished for unknown reasons on March 8, 2014 en route from Kuala Lumpur to Beijing with 239 people aboard, mostly Chinese nationals. It remains one of the greatest mysteries in aviation history.

The Malaysian government continues to maintain that it does not know what caused the incident.

At the time Zaharie, an opposition supporter, came under scrutiny amid unsubstantiated reports that he was upset over a jail sentence handed to Malaysian opposition leader Anwar Ibrahim hours before the plane took off or was suicidal due to personal problems.

But his family and friends strongly reject such claims as baseless.

News of the simulated flight came the same day that Malaysia, Australia and China, the three nations leading the search, said that hope of finding the flight's final resting place is "fading" and that the massive hunt will be suspended if nothing turns up in the suspected crash zone.